Let's check in and see how I did on my resolutions for the first half of the year, shall we? 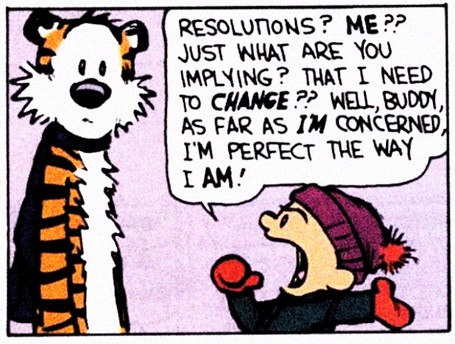 Adam:
- Went on four dates, for Valentine's Day, both of our birthdays, and a bonus date of a quick dinner and holy hour while my sister was visiting in March.
-  Threw a pierogi party for his birthday, which happened to coincide with the canonization of St. John Paul the Great.
Claire:
- Signed her up for a Saturday morning gymnastics class through our community center to get us through the dreary winter months.
- Celebrated her second birthday with small party and a "just Claire" date to get her first hair cut. We also made her a little video to commemorate her second year and appliqued a pillow with her name on it using the fabrics from her monthly photo project.
- Made an effort to play more kid-friendly music in the car and just throughout the day.
Maggie:
- Did some minor sleep training to get her to go down to sleep quickly and moved her into the nursery at night. She still wakes up once per night most of the time and ends up in the pack-n-play.
- Started her on solid foods at six months.
- Made an effort to read books just for her.

House:
- Moved into a lovely rental home at the beginning of March.
- Changed addresses with various institutions and sent moving announcements.
- Got mostly settled in by the end of May, although we still don't have any pictures on the walls.
Crafts:
- Made our yearly photo book with Blurb.
- Sewed an Easter table runner and twelve cloth napkins.
- Didn't start Jesse tree ornaments yet and am beginning to doubt they will happen at all this year.

Adventures:
- We didn't have any goals to venture out of our suburb for the first three months of the year, with dreary weather and a tiny baby.
- But in April, we went to the tulip festival and in May we went to Volunteer Park in Capitol Hill.
- Then, in June, we went on a two-week trip to visit relatives back east in Ottawa, Montreal, and Florida. It went way better than we hoped! But it was also ridiculously expensive and unfortunately won't be happening again for a few years.
Reading:
- Read a few spiritual books, like Jennifer Fulwiler's fabulous memoir, but not the one I originally planned on. I definitely want to finish the Little Oratory before the end of the year.
- Didn't read a history book yet. Right now I'm eyeing "The Professor and the Madman" a supposedly fascinating account of the creation of the Oxford Dictionary.
Other:
- I got a physical with a NFP only family doctor. We ordered prescription sunglasses from Warby Parker and we finally updated our will.
-  We still need to do some annoying financial paperwork we've been putting off forever, like moving some money out of a retirement fund we got while working at a community college day camp in high school. I think that's been on our to-do list as long as we've been married...
- Didn't make much progress on grocery savings. Right now, I alternate weeks between Costco and Whole Foods because they both have double shopping carts. I try to get as much as possible at Costco and just pick up a few essentials, like produce, at Whole Foods. Since moving into our house in March, we get all our dairy products delivered and we thought about joining a CSA this summer, but ultimately decided there was too much of a risk of the veggies going to waste.
Posted by Caitlin at 5:16 PM