So here's what I've got planned for the first half of 2015. I find it too hard to make goals for a whole year, but six months seems much more doable. 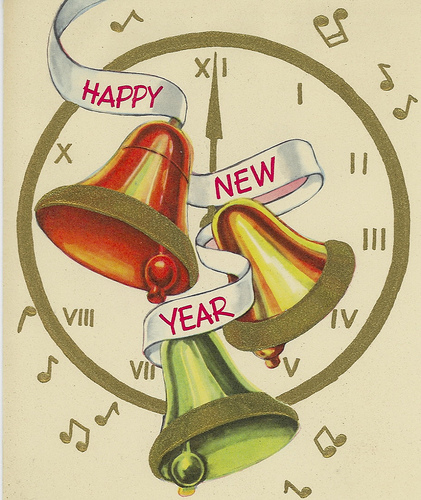 Before Lent (January to mid-February)
- Rename and redesign my blog. I asked Bonnie for a blog consult earlier in the year and I'm finally ready to implement some of the changes she suggested.
- Make two photo books: one for the previous year and Maggie's baby book. Oh, this is always so much fun. And addicting! I'm a really big fan of Blurb.
- Update my recipe binder and master grocery list. My master grocery list is just every item I like to stock in my fridge and pantry, divided into the stores I normally shop at. I alternate between Costco and Whole Foods once a week, with occasional trips to Target and Trader Joe's. Before I head to the store, I just print out the necessary list and highlight the items I need.
- Work on a present for Claire's birthday. We're thinking we'll add some extras to the play kitchen, like a back behind the sink/stove area, a mail center, and an old corded phone.
- Throw a Mardi Gras party. We used to invite friends over for dinner once a week, but occasional parties work much better for us now. Adam's dad is from Louisiana, so we have a great love of Cajun food that we're excited to share with our Seattle friends.

During Lent (mid-February to April)
- Completely deep clean and de-clutter our house. Our home could really, really use some organization and extra effort in the cleaning department. We're going to make a plan and do a little bit each of the forty days. I imagine this will mean I will be doing more scrubbing and less blogging during naptimes.
- While organizing the garage, add a workbench and an upright freezer. Now that we've moved the entertainment center (now play kitchen) out of the garage, we'll have room for those items.
- Celebrate Claire's third birthday. We are planning to invite several of her friends over for a tea party. I know she would die of happiness if it was Frozen themed. We're also planning to arrange a sitter for Maggie and take her to her first theatre production - the Pacific Northwest Ballet is doing an hour-long narrated performance of Snow White aimed at kids about her age.
- Enjoy a girls' weekend in Portland with my sister. Aunt Allie is planning to visit for Claire's birthday, and while she's here, we're going to head south to Oregon for a long weekend. I can't wait!
- Sew something for the girls for Easter. I'm thinking either dresses or maybe a doll for Maggie and a little-red-riding-hood-esque cape for Claire.

After Lent (April, May, and June)
- Really get to work improving the landscaping in our front and back yards. We're hoping to work with our landlords to finish the last side of the privacy fence. Obviously, we need to do something about the treacherous pit of weeds are backyard descends into. We have lots of empty beds that could use flowers. We'd especially like to carve out a spot for a Mary garden.
- Sew curtains for three of our six windows. I'm planning to start with the guest bedroom, since that's where Maggie naps and we could really something to block out the light in there come spring. While I'm at, I'll probably do the other two bedrooms as well.
- Start working on a bed/headboard for our anniversary. The traditional fifth anniversary gift is wood, so we're planning to upgrade our basic metal bedframe and finally have a headboard.
- Go on a week-long just-for-fun trip for the first time ever. We've always devoted our long trips to visiting relatives, adding in a few just-us weekend trips here and there. We're planning to celebrate five years with a family vacation that's more than 1.5 days long.

Marriage
- Go on a date at least once a month. After finding a new babysitter, we've gotten a little carried away with date nights the last month or so. Our budget is begging us to scale it back to more like once a month unfortunately.
- Wake up before our children. We won't have any babies in 2015, so this is the year we're going to stop using our children as alarm clocks!
- Watch Symbolon videos. Our parish got a one-year subscription to this amazing video series produced by the Augustine Institute and so far we've only watched one. When we don't have any new episodes waiting for us on Hulu, we're going to watch one of these instead.

Parenting
- Wean Maggie and limit her to pacifiers only while sleeping. Claire stopped using pacifiers around six months and switched to sucking her thumb instead. Maggie, not so much. We want to resist the temptation to give her one whenever she's whining and cut it back to just in the crib.
- Transition Claire into a toddler bed. She's still completely happy to sleep in her crib at home, but she's officially way too big to sleep in a pack-n-play while traveling, so we're planning to transition her to a toddler bed (aka take a side off her crib) before our vacation. We're going to take her lead when it comes to potty training. She doesn't really need to be out of diapers until school starts next September, so there's no rush.
- Start reading them both longer books. I'd like to read our collections of Beatrix Potter, Winnie the Pooh, and nursery tales with Claire. Sometime this spring, Maggie should be ready for beginning picture books like Maisy, Little Critter, and Mo Willem's pigeon series.
- Really ramp up the art projects when Maggie can participate. Come April or May, Maggie should be able to join Claire in coloring and painting. I see craft time happening a lot more often when it's something they can do together!

Health
- Actually wash my face before going to bed. Yep, I'm twenty-five years old and I regularly go to bed with my make-up on.  It's time to learn how to spend two minutes with soap and water before falling asleep.
- Lose fifteen pounds by the end of April. That time frame is significant because it's when our eighteen-months-before-more-babies restriction is lifted. I'm basically at the weight I was before ever getting pregnant, but if it would be wonderful if I could start the next pregnancy a little lighter. I'm planning to limit sweets to weekends and get some exercise in everyday, even if it's just pushing a double stroller around our hilly neighborhood.

Faith
- Make Easter just as big a deal as Christmas. This is going to be an ongoing process, for sure, but more specifically, I'd like to acquire more Easter decorations and check out as many picture books on the subject as I can find. I think we'll also try dyeing eggs with the kids for the first time.
- Celebrate feast days, particularly Epiphany, Candlemas, and the Annunciation. We already have friends coming over for gallete de rois on Epiphany, but we also plan to extend invites for crepes on Candlemas and waffles on the Annunciation. We'll do something for Valentine's Day too, of course, and we've got three out of four baptism days. We're planning to celebrate Adam's and mine this year as well.
- Commit to abstaining from meat on Fridays. We used to be pretty good about abstaining from dessert on Fridays instead, but we fell off the wagon a while ago and now that we're trying to limit sweets to just the weekend, it doesn't really work anymore. So Friday is going to become the new pizza night around here.
- Serve when I can. There's not a lot of service projects that I can do with two toddlers, but there's still more than you might think. I often see notices in our parish bulletin asking for donations, like blankets for a shelter. I think, "Oh, I could do that!" but then I promptly forget. So that's going to change. I'm going to order whatever it is on Amazon right away or add it to my grocery list, and bring the items with me when I'm at the church for playgroup later that week. See? Not that hard.
- Wrap up my first year leading mom's group. Hopefully, I can get some feedback on what is/isn't working at the end of the year. And we'll recommit ourselves to attending daily mass beforehand. I have this idea for adding in a "letter of the week" craft component for the preschoolers next year, just for a portion of our meeting time, so I plan to see if there's interest for that and get the ball rolling for the fall.
﻿
Posted by Caitlin at 12:57 AM