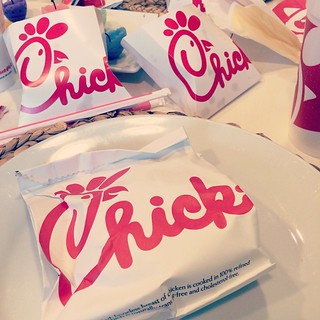 1. After a couple delays, Chick-fil-A finally opened in Washington! Apparently we weren't the only ones excited about it, because the crowds have been absolutely crazy. Of course, that hasn't stopped us from visiting twice in the last two weeks. 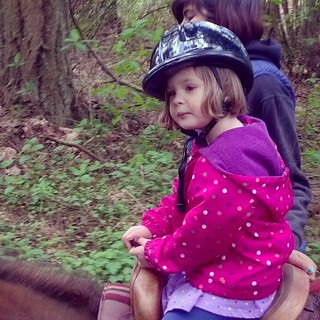 2. We took Claire horseback riding again at our city farm park. At her lesson back in September, I suffered from allergies the rest of the day even though I didn't touch the horse once, so this time I learned my lesson and just watched Maggie yell at all the farm animals. 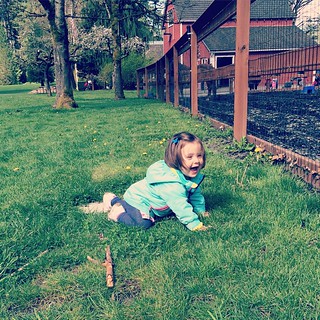 3. We're officially a one-car family again. My dad flew in last weekend and drove our trusty Kia Forte back with him. Adam's gotten back in the swing of biking to work and all is well. Dad's brief visit was much appreciated - he helped with yard work, bringing a meal to the homeless shelter, and setting up our new bike trailer. 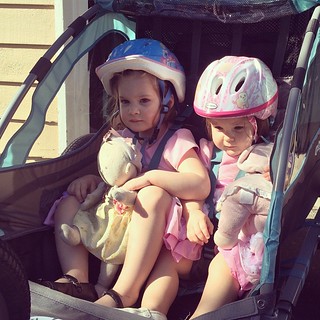 4. We ordered this double bike trailer and went on our first family bike ride last weekend. Claire and Maggie were a little hesitant at first, but they were perfectly happy with our final destination - the ice cream store! It was my first time on a bike since we were in Europe five years ago. We are planning to bike across the Golden Gate Bridge while we're in San Francisco so we want to get plenty of practice in beforehand. 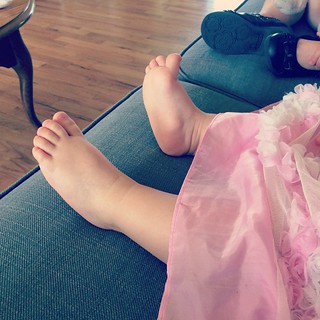 5. You know how our backyard descends rather steeply into a pit of weeds? Well, until this week there was also a huge pile of concrete down there. I think it was the remains of a patio? We didn't think much of it last summer since our children were younger, but thankfully our landlords had it removed on Monday. Our backyard already feels ten times less unkempt and dangerous. 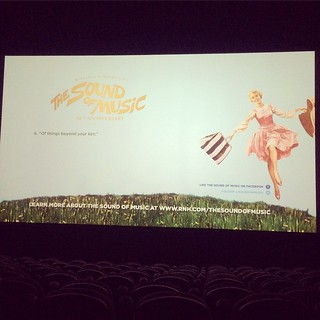 6. My friend, Leslie, and I went to see the Sound of Music in theaters on Wednesday evening. Turner Classic Movies sponsored a special showing for the film's fiftieth anniversary. It was such a delight seeing one of my favorite films on the big screen! All the sweeping shots of the alps were even more beautiful. I wish Claire had been old enough to join us for the occasion. 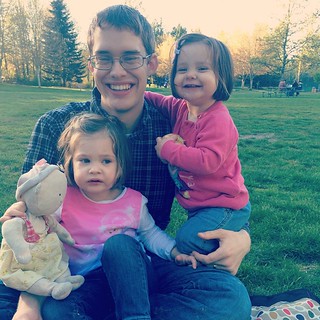 7. Have a wonderful weekend, you guys. We'll be celebrating Adam's birthday!
Posted by Caitlin at 4:55 PM