We still have five more days to find out if our biggest January happening will be Betsy's arrival. We picked my mom up from the airport yesterday afternoon, so she can officially come anytime! January in Seattle is mostly gray and rainy, but thankfully not too cold (temps in the 40s). We're usually lucky to have a few days of sunshine sprinkled in. Every time it's clear enough to see the mountains, especially Mt. Rainier, my heart still skips a beat. Our children, however, say things like, "I can't see! It's so bright I can't walk! Carry me!" Spoken like true Pacific Northwesteners. 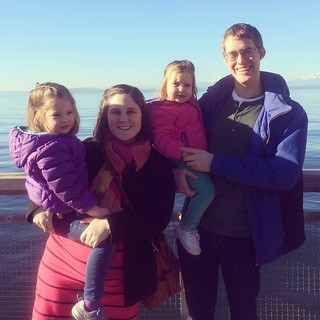 Over New Year's weekend, we had quite a few sunny days in a row. We met friends at the aquarium at had a delicious salmon lunch at Ivar's on the waterfront. 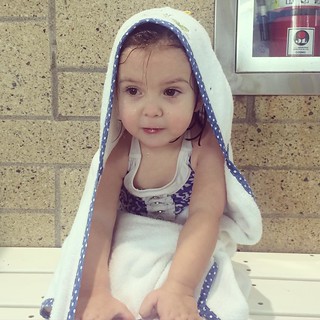 Another Saturday, we headed to the Snohomish Aquatic Center, an indoor pool with a fun preschool play area. 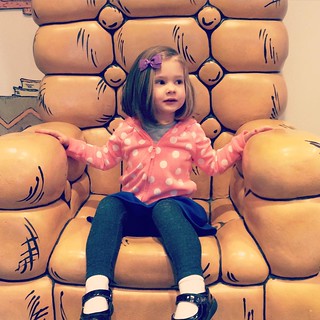 Adam's company recently added Martin Luther King Day as annual vacation day, so we headed to the Seattle Center (the Space Needle surrounded by several museums). We had planned to check out the Pacific Science Center but it was insanely busy. Apparently that model train exhibit really lives up to the hype! Thankfully we just walked over to the Seattle Children's Museum instead. 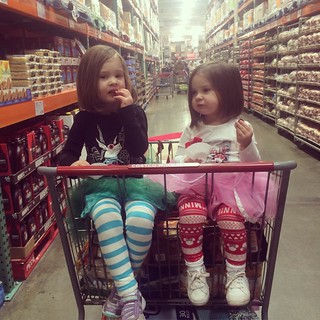 Of course, we've been busy preparing for Betsy's arrival. There was the usual big stocking up at Costco. You know you're super pregnant when complete strangers offer to push your cart out to the car and load up the trunk for you! 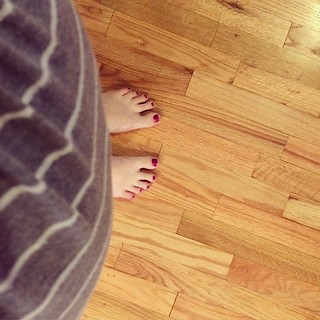 I spent an afternoon checking hair cut, pedicure, and confession off my list. Although if Betsy hasn't made her debut by the weekend I think I'll be going back with my mom for pedicure round two. 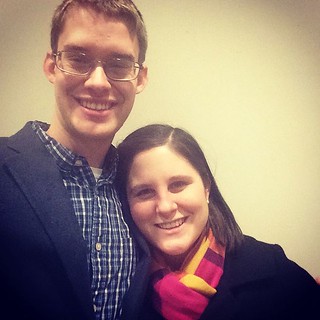 And one last date night. When we were expecting Claire, we planned a night out to a fancy French restaurant and the symphony for the 37th week of pregnancy, but we ended up spending that evening with her in the NICU instead. Nearly four years later, we planned the same date, except in Seattle instead of Pittsburgh, for the same point in pregnancy. This time we got to go, had a fantastic time, and came home to two healthy daughters tucked in bed. It was our first time attending the Seattle Symphony and dinner at Le Pichet was delicious as usual. As soon as you walk in the door, you feel like you're in a little brasserie in Paris. Except with way better food than we could afford while studying abroad in France! 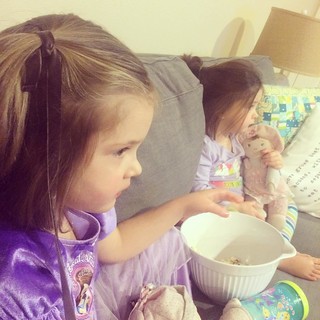 We've been soaking up quality time before two girlies become three, each in our own way. Instead of turning on a movie to frantically finish chores in my usual fashion, I sat down with Claire and Maggie to watch The Swan Princess. 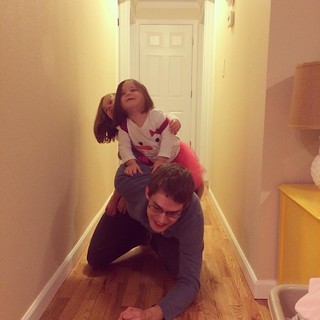 While Adam is the slightly more energetic parent! 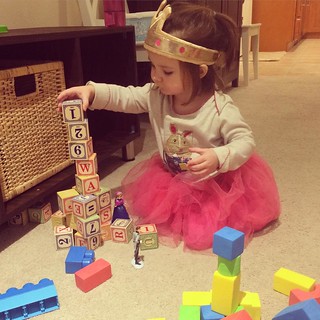 I've been trying to spend some one-on-one time with the girls as well. Building block towers with Maggie and reading aloud a new chapter book with Claire. 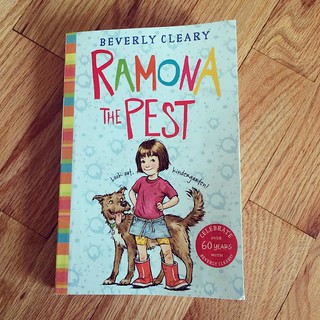 Since we've actually finished all of our "before baby" projects, Adam and I have had some extra time on our hands in the evenings. We both read The Martian and really enjoyed it. It's definitely a book right up Adam's alley, but I don't normally read science fiction. We finally watched the movie this weekend and thought it was a great adaptation. We also binge watched Mozart in the Jungle, a fascinating comedy about the New York Symphony, and Family Tree, a Christopher Guest mockumentary starring Chris O'Dowd. Both highly recommended and available on Amazon Prime. Next on my book list is All The Light We Cannot See and on my show list, Fixer Upper. I heard it was on Netflix a while a go but I've been saving it to watch with a nursing baby!
Posted by Caitlin at 6:52 PM