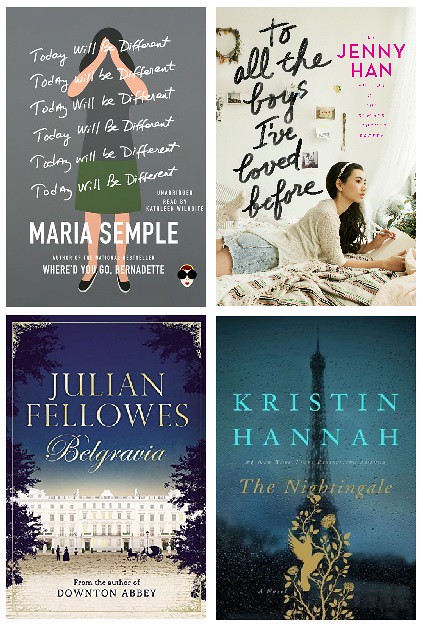 Today Will Be Different, Maria Semple. This is the second book set in Seattle by the author of Where'd You Go Bernadette. All the jokes about the Pacific Northwest are definitely a big part of why I enjoyed this book. Although the main character is not religious, a large portion of the plot settles around Seattle hosting World Youth Day. What's not to love?
To All The Boys I've Loved Before, Jenny Han. A cute high school romance recommended by Janssen from Everyday Reading. I started dating my husband in high school and this book made me fondly remember that time. I also read the equally enjoyable sequel, P.S. I Still Love You, and am eagerly awaiting the final book in the trilogy to be released this spring.
Belgravia, Julian Fellowes. Of course, I had to read the creator of Downton Abbey's latest novel. It takes place in London during the 1840s, when the mansions in the exclusive neighborhood of Belgravia are being built. The plot centers around old money - those moving into these homes - and new money - those who got rich building them. This novel is just as soapy as Fellowes' ITV miniseries, with just as tidy of a happy ending, but I certainly still enjoyed it.
The Nightingale, Kristin Hannah. This is a story set in World War II that's perhaps just as famous as All the Light We Cannot See and certainly recommended to anyone who loved Anthony Doerr's novel. Although the prose is nowhere near as beautiful, I found the story of The Nightingale grabbed me even more. I immediately loved the main characters and just had to know what happened to them, which is why I neglected as many responsibilities as I possibly could and finished this in twenty-four hours. 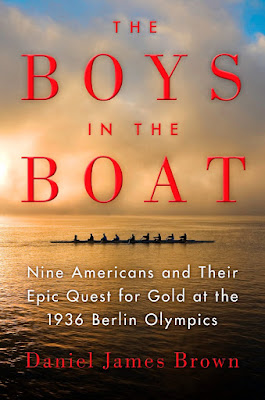 The Boys in the Boat, Daniel James Brown. I finally got Adam to read this wonderful book, made even better because it's set in Seattle. It's about the very inspiring crew team at the University of Washington - you don't have to know anything about rowing to appreciate their story. He's not quite done with it yet because he spends most of his free time playing the piano, but will hopefully finish before it's due back at the library. It may have already been renewed three times... 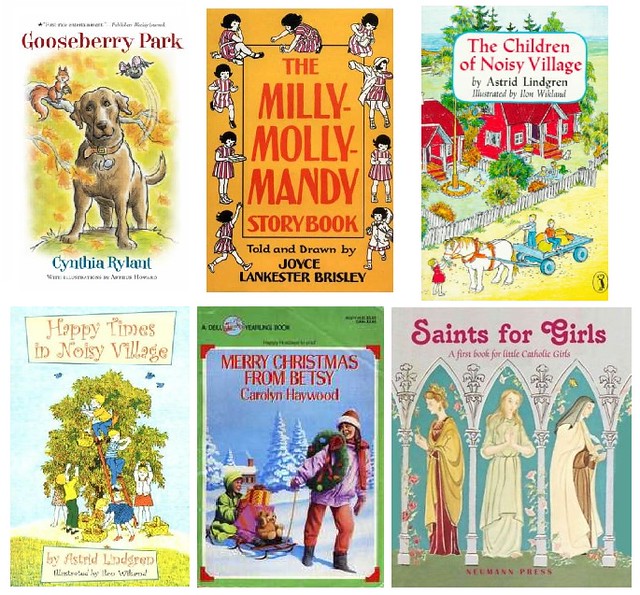 Gooseberry Park, Cynthia Rylant. The only book on this list that I didn't read at all because Adam read this aloud to the girls before bed each night while we were on our trip to Canada last summer. He says it's about a dog who saves a family of squirrels after a winter storm. It was actually one of his favorite chapter books from early elementary school.
The Milly Molly Mandy Storybook, Joyce Lankester Brisley. A charming collection of stories about a little girl's adventures in her early twentieth century, incredibly quaint English village. I'm so glad I found it on the Read Aloud Revival book list.
The Children of Noisy Village, Astrid Lindgren. By the author of Pippi Longstocking, this series centers around the hilarious adventures of six Swedish children - three families living on farms next door to each other. This was Claire and Maggie's favorite read of the fall.
Happy Times in Noisy Village, Astrid Lindgren. Well, actually, maybe this was! I think the children's escapades are even more hilarious in the second book of the series. There are several more books about the noisy village, but these are the only ones readily available in the United States.
Merry Christmas From Betsy, Carolyn Haywood. The four reprinted Betsy books were the first chapter books we read aloud to the girls last year. Carolyn Haywood wrote many more, a few of which are available through our library. This is a collection of Christmas stories taken from all of the books, perhaps the most memorable being the time Betsy's baby sister arrives on Christmas Eve and is thus given the name Star.
Saints For Girls, Susan Weaver. Maggie's godparents gave her this compilation of vintage saint biographies for Christmas. It doesn't really count as a chapter book, but we read about a different saint before bed each night until we settled on a longer read aloud. Spoiler alert: Charlotte's Web! 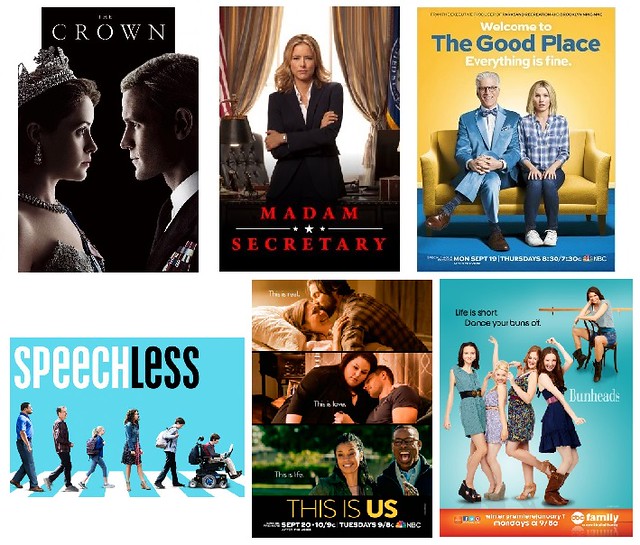 The Crown. I eagerly anticipated this show since I first learned of it. I think we watched three episodes in a row the night it came out! Adam agreed to watch it with me and enjoyed it much, much more than he expected. Our favorite episode was the one about Churchill's portrait, but there were so many moments we loved. The trip to Africa and the coronation were particularly beautiful. The only part we didn't buy was the end of Princess Margaret and Peter Townsend's engagement, which makes sense because that's not actually how it went down. I'm very excited that Matthew Goode will be playing her husband in the next season. And I loved reading Bishop Barron's take on the show.
Madam Secretary. We caught up on the first two seasons of this show on Netflix just in time for the third season premiere. Now we have to watch it a week at a time, with commercials. First world problems! We love the McCords' marriage and escaping into a world where all the world's diplomatic problems can be solved in forty-five minutes. It's the optimistic opposite of Veep, which we also love. We watched Designated Survivor over Christmas break - we didn't enjoy it nearly as much but we really, really want to know what happens.
The Good Place. Oh, man, this sitcom by Michael Schur, the creator of Parks & Rec and Brooklyn Nine Nine, is seriously the best. Ted Danson plays a celestial being who works as an architect and designed a new neighborhood in "the good place," where only the most worthy humans end up in the afterlife. Kristin Bell plays kind of a jerk who somehow got there by mistake. It's just so hilarious and well done - I really hope it gets renewed for a second season!
This is Us. I have been watching this one on my own while sewing and editing photos and such. It's definitely not Adam's type of show. Basically, it's like Parenthood except way better and with less talking over each other, but if you don't want to cry at the end of every episode, it's probably not the show for you.
Bunheads. I'm glad I watched the Gilmore Girls revival on Netflix (definitely enjoyed Emily's story arc the most, then Lorelai's, then Rory's) but I'm mostly glad that it introduced me to Bunheads. It was created by the same writer, Amy Sherman-Palladino, and stars Kelly Bishop, who plays Emily, as well as many of the character actors from Gilmore Girls. Kirk returns as a fantastically pretentious barista. It's about a ballet studio in small-town southern California and sadly lasted just one season. You can find the episodes for free at Free Form, which is apparently ABC Family's edgy new name.
Speechless. This is a sitcom about a family with a child who has cerebral palsy. The actor playing him really does have cerebral palsy. It seems very true-to-life while also being very, very funny. Minnie Driver is particularly great as the mom fighting for her special needs child. We've also enjoyed American Housewife, another new ABC sitcom, although perhaps not quite as much.


Claire and Maggie have been obsessed with Clifford this fall, finally breaking their very, very long Daniel Tiger streak. On that note, though, I loved this interview with Mr. Rogers in which he tells Daniel's very surprising origin story.
Posted by Caitlin at 7:10 PM