Well, it's been more than a year and a half since I last posted here. We've taken lots of fun trips in that time: 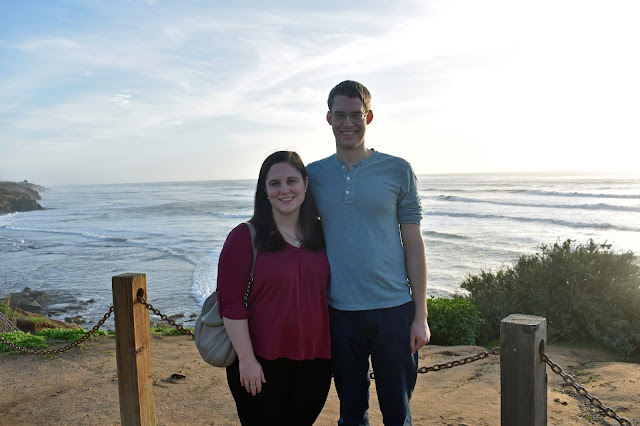 Last January, Adam and I spent a weekend in San Diego while my sister graciously watched the kids. 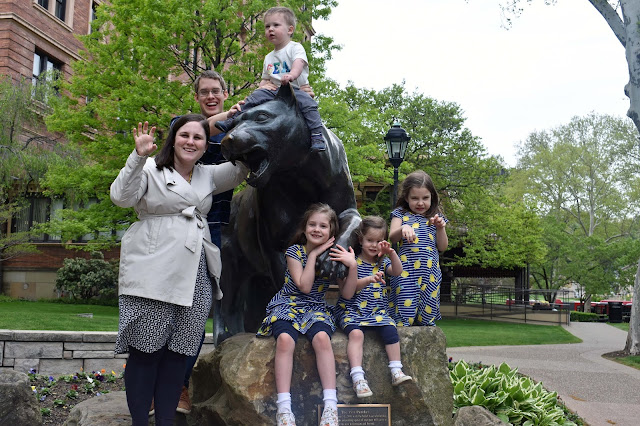 That spring, we went to Pittsburgh for my brother's college graduation and then spent several days sightseeing in D.C. 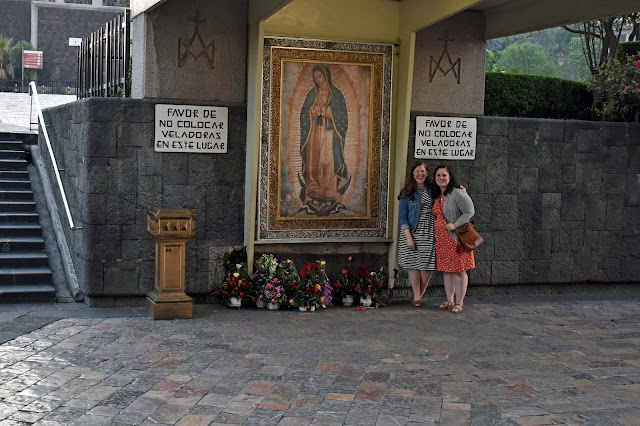 For my 30th birthday last May, Allison and I got to see Our Lady of Guadalupe in Mexico City. 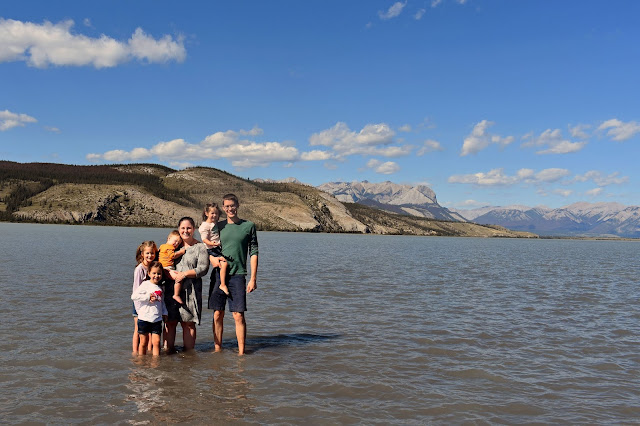 At the end of the summer, we drove to Edmonton for my cousin's wedding and spent a couple glorious days in Jasper National Park on the way home. 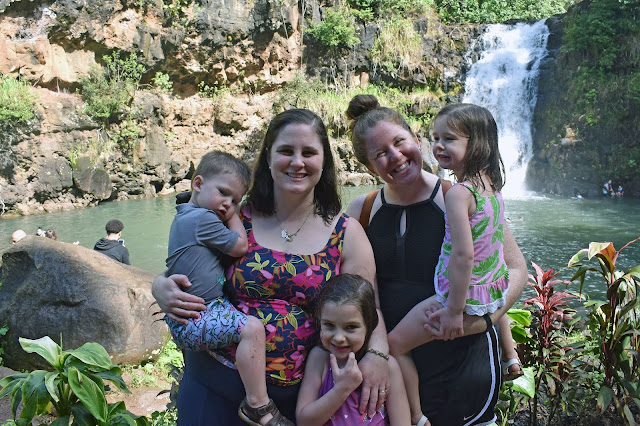 This January, we went to Oahu, Hawaii with my family to celebrate our 10th anniversary. (Six months earlier because you want to escape from Seattle to Hawaii in January, not July.)

But, I really wanted to give an update on my last post, when I talked about finding more space to just be *me* in the midst of motherhood and taking the six months before I turned 30 to figure it out. While, of course, I feel like I could always use more time to fit in everything I'd like to do, I did eventually give myself guaranteed breaks during three weekdays.

1. Bible Study. Last winter, a new friend from homeschool coop invited me to join the bible study at her church. It met every Tuesday morning and provided childcare for homeschoolers! Claire's class of elementary-age homeschoolers would have study hall and then play games like kickball in the gym. (Middle and high schoolers would volunteer in the little kid classrooms.) Everyone was very welcoming and accepting of my Catholic faith. I learned so much about the bible and about running a really successful ministry. They did such a great job with the studies themselves and the childcare, down to the littlest details. I did have to devote extra time to my homework and to packing lunch and snacks for the kids the night before, but it was totally worth the delightful morning off.

2. Ballet Babysitter. Taking Betsy and George to ballet was very stressful. Not only did I have to get Claire and Maggie completely dressed beforehand and have dinner ready to go when we got home, but I also had to pack a myriad of snacks, books, and toys for the little ones. I couldn't leave during class because the parking lot was so small that if I gave up my space I would never get another one. George was constantly trying to escape out the automatic doors outside or sneak into the classrooms. Finally, last spring I went on Care.com and hired a babysitter to come for two hours every week. Claire and Maggie could get changed and I could do their hair in the locker room at the studio, freeing up a little time in the afternoon beforehand. While they were in class, I had one hour to work on the computer - responding to email, paying bills, ordering necessary items online, editing photos, making a grocery list. Not the most exciting tasks, but it was the only hour a week I had *during the day* to do any computer tasks, so it gave me back some valuable leisure time in the evening.

3. The Gym. We joined the fancy gym really close to our house right around George's first birthday. It had never been an option for us before because childcare was an additional fee per hour. It would have cost us more than $20 for all the kids every visit. When we found out that they'd finally made childcare free, we signed up immediately. The fancy gym was particularly appealing because they offered tennis lessons, something Adam and I thought would be really fun to learn together. But first, we had to get George used to the childcare enough to willing spend an hour playing there. For the first six months, I didn't leave him for longer than 20-30 minutes and I'd just use the treadmill. I made some progress on the couch-to-5k plan but didn't come close to completing it as I only visited once a week. Finally, in June, we started tennis lessons every other week and had a really great time. We even started playing racquetball together on the alternating weeks. Unfortunately, in January Adam got really busy at work and I was in the first trimester of pregnancy feeling quite sick. So...our tennis lessons came to a halt and I'm a bit embarrassed to admit that I started using my weekly gym time to sit in the coffee shop and catch up on more computer tasks.

We've continued to feel very grateful for being able to simplify our life by hiring a teenager from church to help with yardwork and a house cleaner who comes every other week while we're at homeschool coop. We always use curbside pick-up for groceries and stick to the same favorite recipes. Simplicity is key!

In the summer (April through September) we eat a lot of:
- hamburgers
- tacos
- tortellini
- grilled chicken, pork chops, or steak
- brisket or fajitas if I'm feeling fancy

I'll usually get a rotisserie chicken with my grocery order - in the winter I'll use the leftover chicken to make chicken noodle soup and in the summer I'll use it for barbecue chicken sandwiches. We eat pizza (frozen or delivered) once a week year around. We'll often give the kids hot dogs while we have pot stickers. Fish sticks and frozen fries pop up on Friday evenings quite frequently!

George stopped taking a morning nap shortly before his first birthday. For the next year, we moved all of our homeschool work to the afternoon during his nice long nap. But, when we got back from Hawaii he learned to climb out of his crib and stopped napping altogether. I briefly tried to get him to do quiet time but he'd come out every two minutes which is even more disruptive to our school work. We moved school to first thing in the morning - I begged Betsy to play nicely with him while we did Maggie's school and then she'd run off to play with him and was usually a much bigger help. It was much more chaotic and I'd frequently send Adam desperate texts about how I just couldn't handle it.

Then, the pandemic hit. Adam started working from home in early March. While that has certainly made his work much, much more difficult, it's made homeschooling considerably easier because he's around to help referee Betsy and George's fights and crazy antics. We've been going on a family walk every afternoon, so I've been getting much more regular exercise. And I no longer have much to do for my big volunteer commitment (I'm now the American Heritage Girls troop coordinator) so I've had plenty of time in the evening to catch up on editing photos and making our yearly photobook. I really doubted I would ever finish that...and now I've even had time to write here again! I've actually started dreaming of sewing projects!
Posted by Caitlin at 1:41 AM