On Friday, the day after Maggie's birthday party, all four of us girls headed to Snoqualmie Falls. 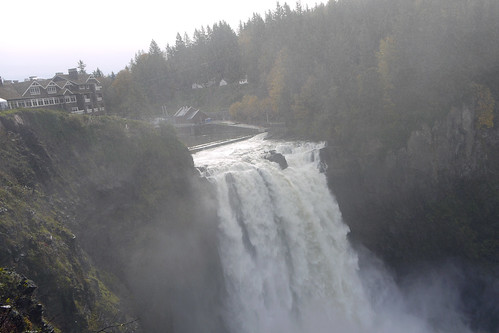 We hadn't been there in almost exactly a year. Two days before Maggie's scheduled c-section, we walked up and down the falls in one last ditch effort to get her out. If climbing a mountain didn't work, nothing would! 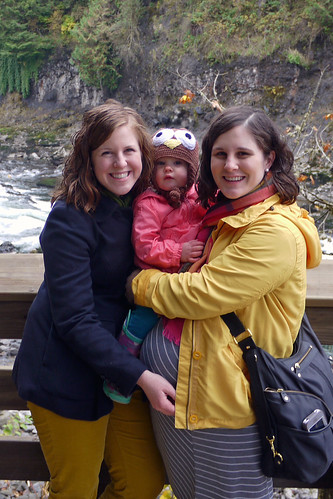 There's a super swanky hotel atop the falls called the Salish Lodge. There's two restaurants inside, a casual spot that serves mostly brick oven pizzas and a fancier dining room that is famous for brunch. Reservations recommended for that one! Adam's company discount card gets us buy-one-get-one pricing, so we went for brunch. 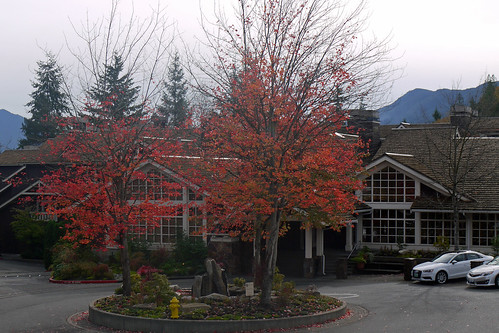 The two times I've dined in this restaurant with small children, they've tucked us in a table in the back instead of the ones by the windows with the spectacular views. Coincidence? But, they do have high chairs and even procured some crayons to keep Claire occupied. We all split two entrees: 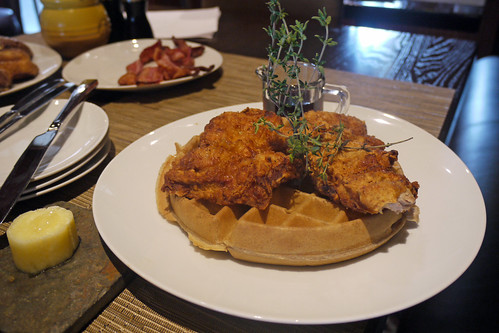 Chicken and waffles with honey butter. 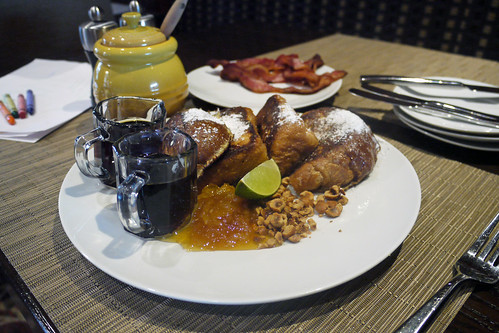 Both were fantastic but the real star of the show was the table side hot chocolate. Seriously the best cocoa we've ever had. The waitress warned us that it was very dark, assuming Claire probably wouldn't like it. But our toddler has a very refined palette when it comes to the finer things in life. Actually, both Claire and her little sister were huuuuuge fans. (We often joke that she belongs in France with her love of dark chocolate, fancy cheese, croissants, and quiche. Though I wonder how she'd react to the meals served in French preschool...) 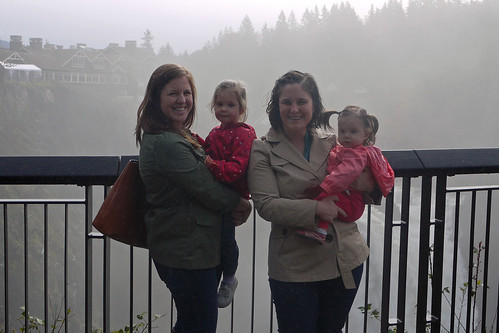 After stuffing ourselves at brunch, we took in the waterfall from above, getting slightly soaked in the process.  Due to time constraints (aka trying to get home before naps) we drove down to the bottom instead of hiking. 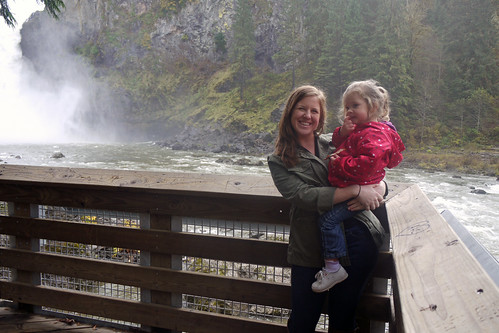 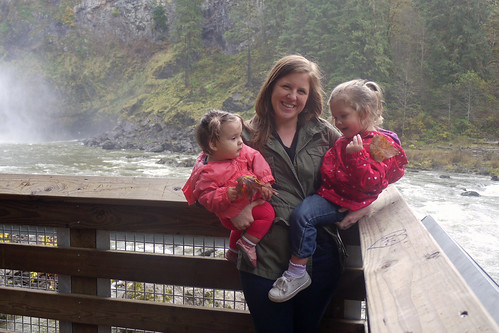 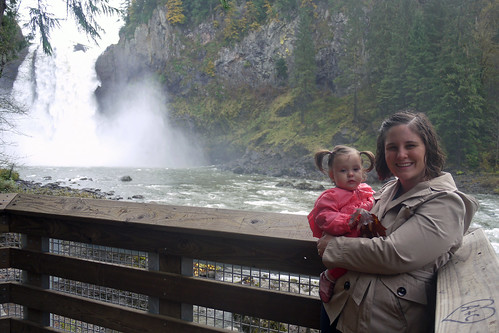 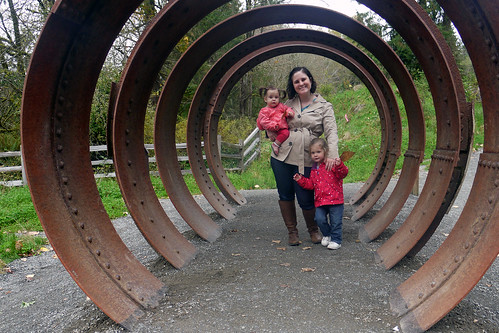 On Tuesday, the day before Allie headed back to Houston, we went to Pike Place Market.
It was the first time I've ever been to the market on a weekday. Usually, we're trying to weave through the heavy crowds with a stroller, so we don't get to look around much. But with the combination of weekday and rain, it was pretty empty and I got to explore so much more. There was actually no line at the original Starbucks, so of course we had to go inside and order a drink! After much more browsing than usual, we still stuck to our standbys of mac & cheese from Beecher's for the little girls and chowder from Pike Place Chowder for the big girls. With mini cheesecakes from The Confectional to bring home. Don't worry, we got one for Adam too. 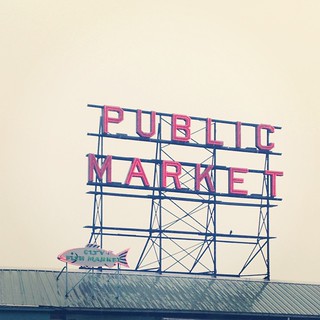 She also very generously offered to babysit for us on that evening, so Adam and I dined at Daniel's Broiler, a fancy steakhouse in Bellevue that we'd snagged a gift card to at Costco. Oh, it was so nice to have dinner with my husband without getting up to fulfill any requests from little people. And the food was pretty amazing too! 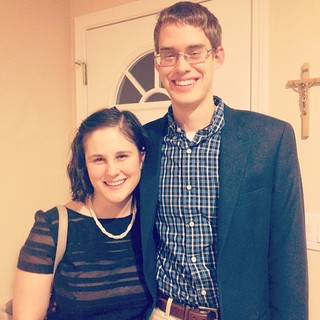 So what we were up to Saturday through Monday? Well, that's a story for....tomorrow.
Posted by Caitlin at 6:50 PM