Well, let's back up to our trip to the pumpkin patch a few weeks ago. Remember how when we went to the lavender festival way back in July there was a photographer offering mini sessions and she took some adorable pictures of the girls? She happened to be doing the same thing at the pumpkin patch and captured this shot of all four of us: 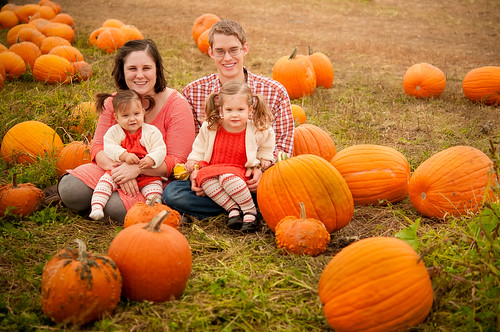 I loooooove it! Christmas cards, here we come. Before we get ahead of ourselves, though, let's talk about Halloween. We are big fans of themed costumes around here. Well, maybe it's just me that's the big fan and Adam that's just willing to go along with my enthusiasm. This is the fifth Halloween we've celebrated as a married couple. 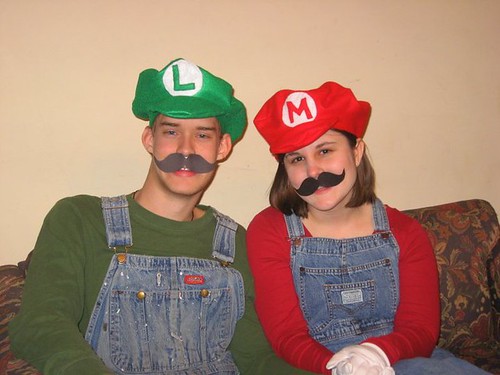 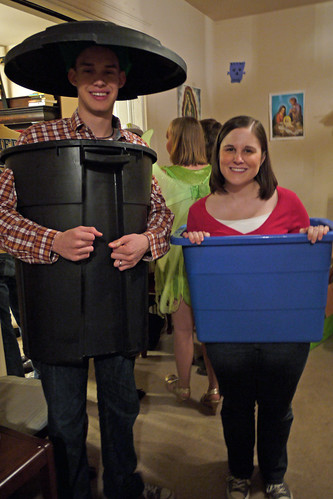 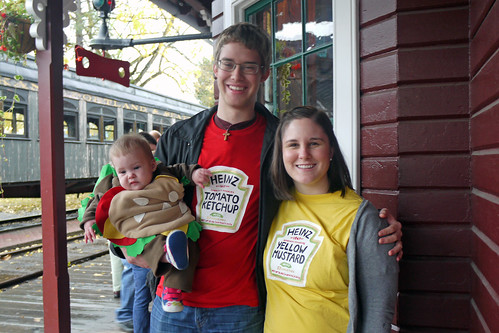 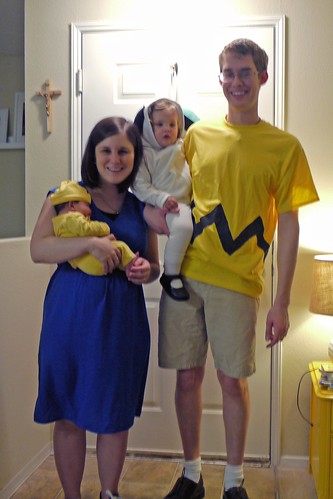 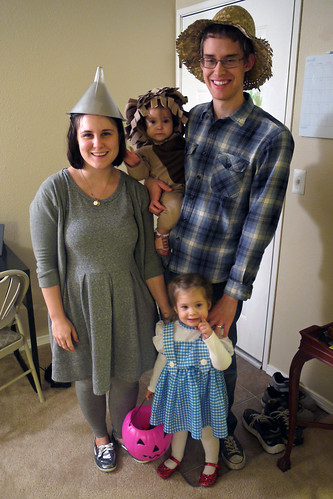 The Wizard of Oz theme was super easy. Adam just needed a straw hat for his scarecrow costume and my tin man hat was procured cheaply as well. Claire wore a Dorothy dress from Amazon and a red sparkly shoes from Target. And Maggie's lion costume was from Old Navy. I think this will be the last year I can pick out everyone's costumes - Claire only knew who Dorothy was from the few YouTube clips we showed her, but she was thrilled to dress up just the same. 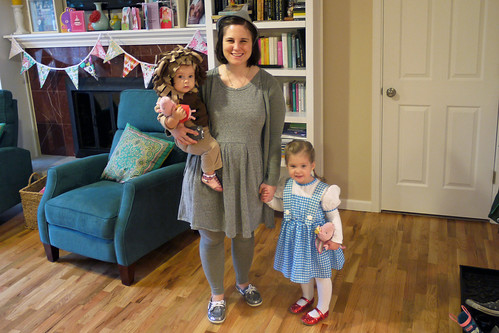 The morning of Halloween we went to a carnival just for toddlers at our community center. A repairmen was supposed to fix our oven that morning. Adam graciously offered to work from home so we could go to the party, but of course, the guy didn't end up coming after all.

After dinner, we took Claire trick-or-treating for the first time! Although we only went to a few houses, Claire was so excited about the whole thing. It was the best and got us really excited about her experiencing the magic of Christmas this year. We ended the night with a brief stop at our friend Steven's Halloween party.

We took it easy on Saturday morning to recover from all the excitement, but after naps we headed to the parish All Saints Day party. I had a really, really good time dressing baby Claire as her patron saint back in 2012: 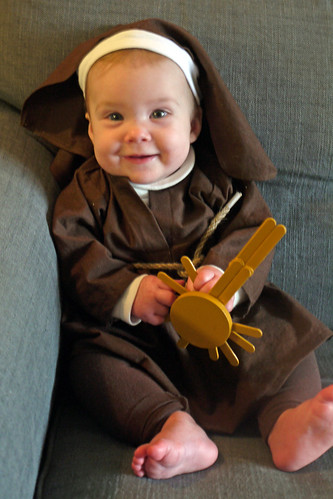 And part of me really wanted to do the same for Maggie this year, but a homemade costume just wasn't going to happen this year, ten days after her first birthday. Instead, they wore outfits my mom brought back from Shanghai and were "Chinese martyrs." 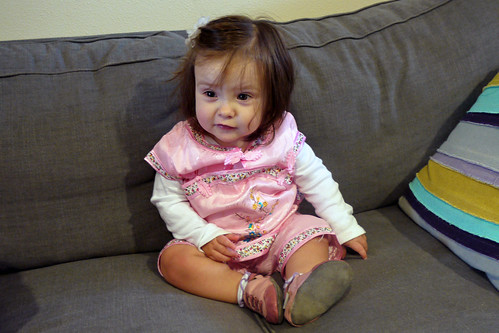 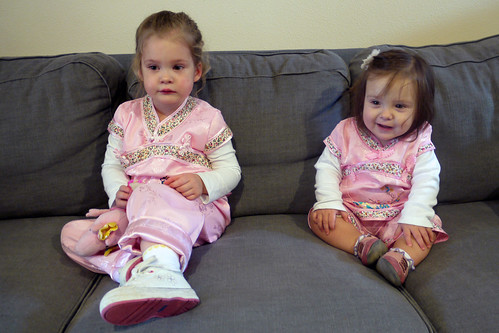 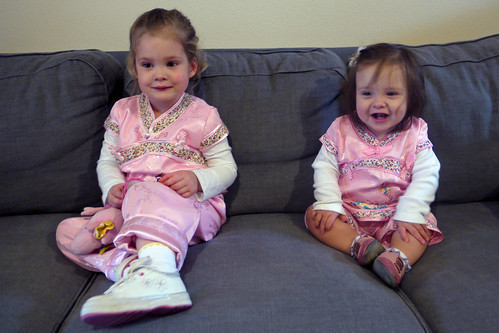 Next year I hope to make Claire and Maggie princess dresses to wear for both occasions. (Maggie's patron saint is St. Margaret of Scotland.) And hopefully we'll actually carve/paint our pumpkin. And say the Litany of Saints. And visit a cemetery for All Souls Day. Well, we actually were all set to to do that on Sunday afternoon, but it started pouring rain right as we were putting our shoes on.

Onto Thanksgiving!
Posted by Caitlin at 6:03 PM