Claire's First Trip to the Ballet + Bros Trip to Pittsburgh

On Thursday morning, the day after our excursion to Bainbridge Island, we picked my brother up from the airport. He'd flew in from China for his spring break! We hung at a nearby park for a while, had lunch at Chipotle, and dropped Allie off at the airport for her flight back to Houston. 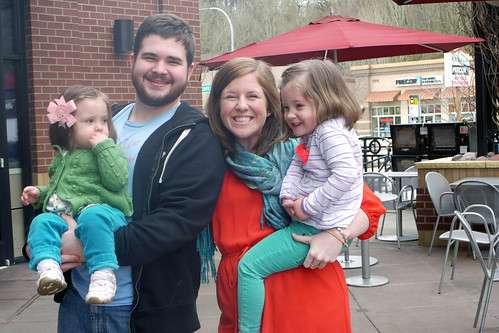 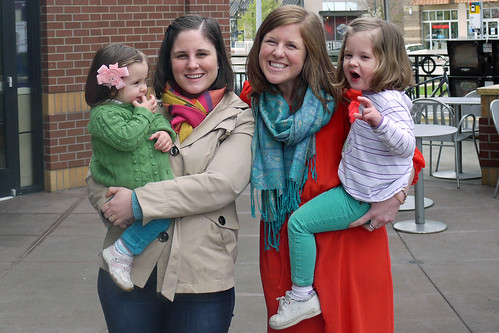 Scott was here for a scholarship interview in Pittsburgh, so on Friday we got him all fixed up. We went shopping for a new blazer and got him a haircut. On Saturday, he helped us out a bit. Well, quite a lot actually. One of Adam's coworkers was giving away a free swing set, so that morning he and Scott went to claim it. Turns out it was much larger than we thought - they left at 8:30 a.m. and didn't come home until 3:00 p.m. when we had to be downtown in thirty minutes for the ballet!

Scott helped Adam disassemble a play structure all morning (without complaint!) and then watched Maggie while we took Claire to the Pacific Northwest Ballet's performance of Snow White. The day was much more stressful than we planned, but thankfully we made it to the theater right in time. The show was especially for children, so it was narrated and only an hour long. Claire dressed in her Snow White gown in honor of the occasion and seemed to really enjoy herself. Although she was a little disappointed that she didn't get to meet Snow White or dance on stage. 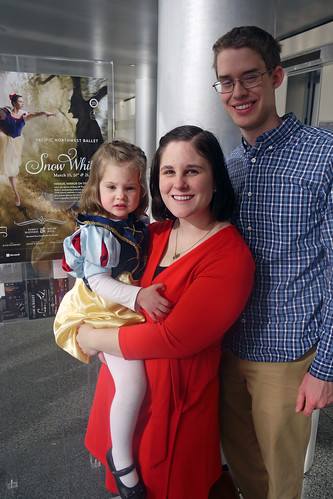 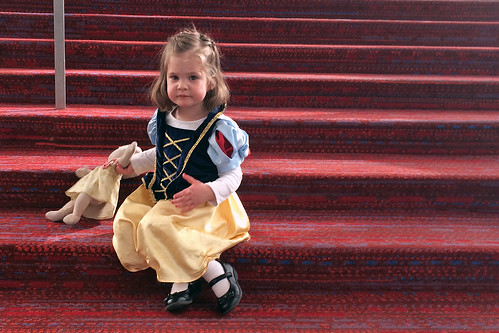 We ended the day with a much-deserved trip to Five Guys and the next morning, the guys headed to Pittsburgh for Scott's interview. They got to stay with Maggie's godparents, Joe and Alex (who are expecting Joe Jr. next month!) While Scott was off interviewing, touring, and meeting on Monday, Adam got to see old professors and our dear priests at the Newman Center. They had lunch with Adam's roommate Jonathan in the Strip District, dinner with Claire's godfather Andy at The Porch, our favorite restaurant near campus. They met up with our good friends, Matt and Kelly, for drinks at a swanky new bar. (Matt and Kelly have two sons the same ages as Claire and Maggie. We may have some betrothal plans in the works...) Obviously they had to squeeze in time for ice cream at Dave & Andy's. And they had breakfast at Pamela's before heading to the airport on Tuesday. I'm glad Adam got a chance to catch up with so many of our favorite people!
Posted by Caitlin at 12:18 AM