Our two goals for this trip were to eat ice cream everyday and see as many pretty churches as possible. So, on Tuesday, we headed into Silicon Valley to visit two more of the California missions. 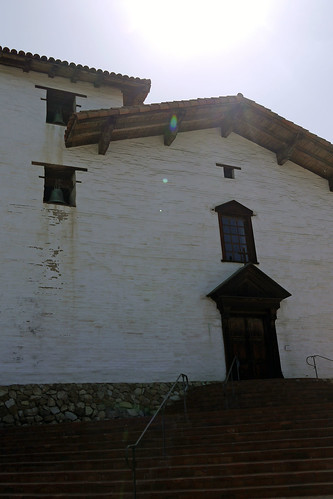 First up was Mission San Jose, which is deceptively not in the city of San Jose but in Fremont. It was about an hour drive out of the San Francisco. 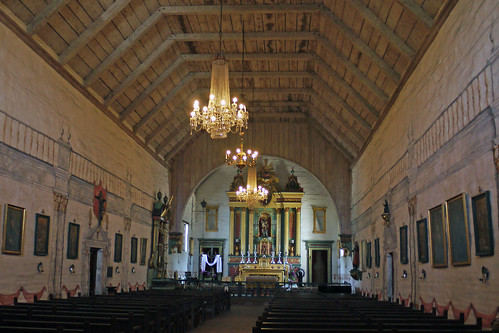 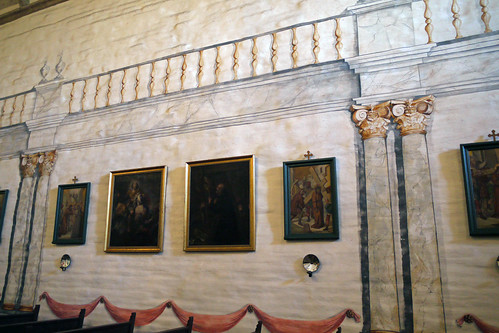 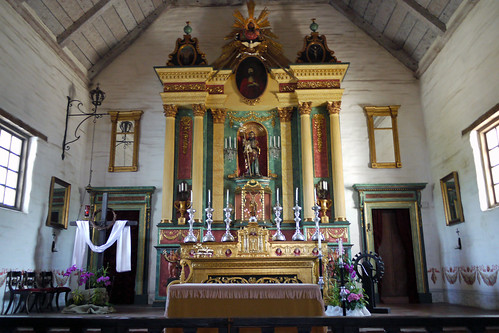 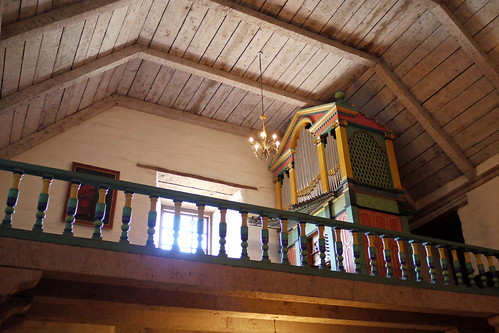 We loved all the colorful details and how they painted things like columns onto the walls to mimic churches in Europe. I mean, check out that yellow, pink and green organ. 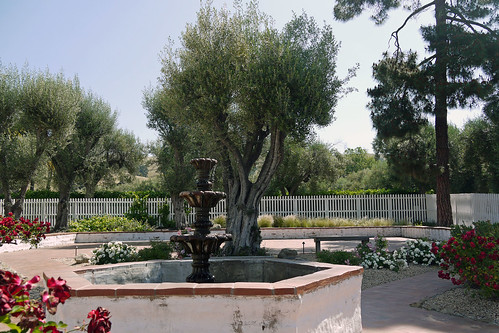 The small garden outside was perfect for letting toddlers blow off some steam. There is a small admission fee for the museum and the church (outside of Mass times) but we felt like it was totally justified. 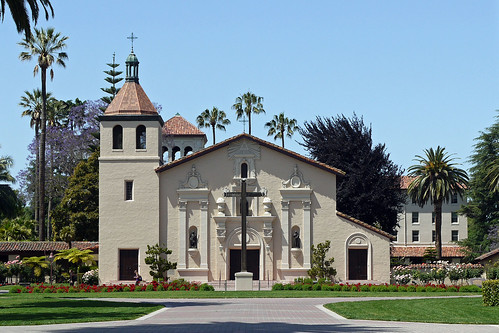 From there, it was an under thirty minute drive to Mission Santa Clara, at the center of Santa Clara University. 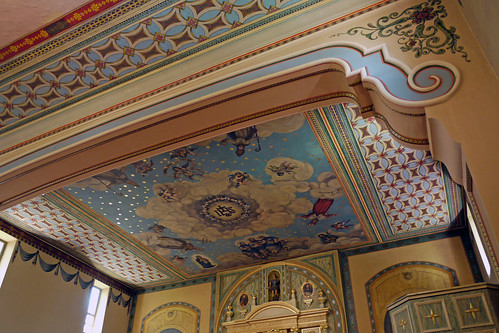 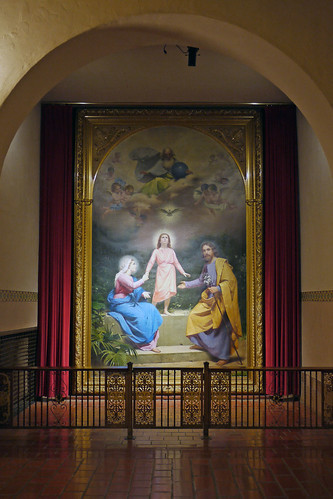 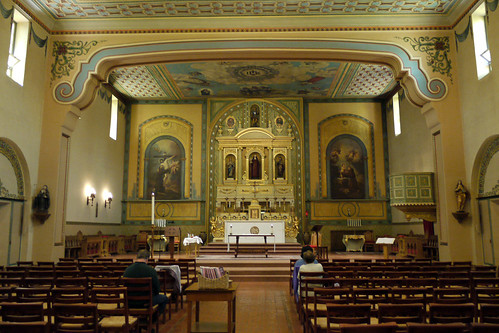 Again, so many beautiful details, but we arrived ten minutes before the noon Mass, so we didn't get to poke around much, especially while trying to keep two hungry little girls relatively quiet. 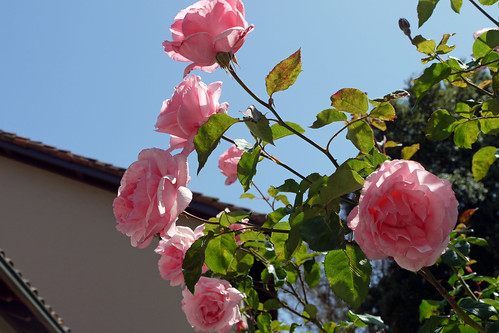 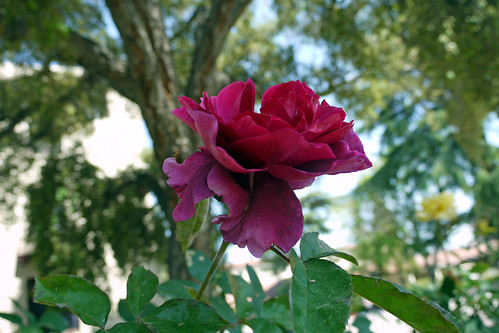 Just like Mission San Jose, there was a gorgeous little rose garden surrounding the church. 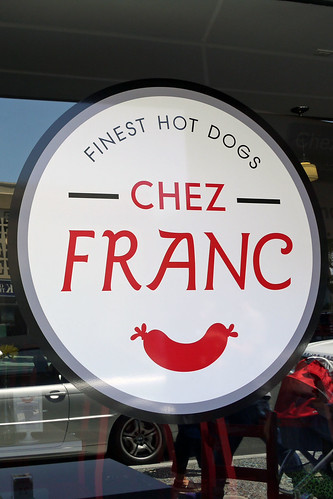 From there, we drove another half hour to Palo Alto. We ate lunch at Chez Franc, a gourmet hot dog place downtown. It started out as food truck and eventually became a bricks-and-mortar restaurant. They make the hot dogs and buns completely from scratch - I don't think I've ever had a hot dog bun that was actually enjoyable on it's own before! Of course, there were all sorts of interesting toppings, but I couldn't resist going with the classic chili dog. 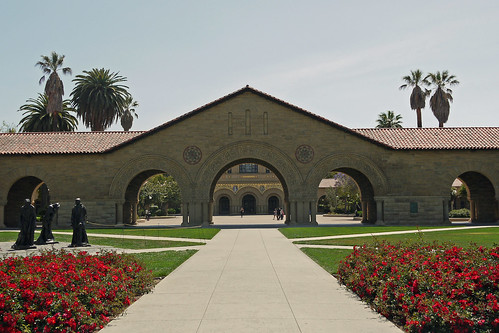 We couldn't make a visit to Palo Alto without touring the Stanford campus. Thankfully, we found a visitor's spot in "the oval" and paid for an hour of parking. 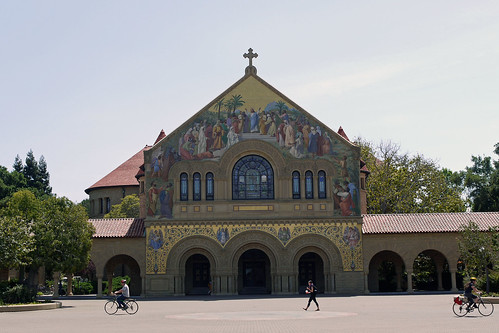 There's actually a really beautiful church at the center of the Stanford campus as well. It was built by Mrs. Stanford in memory of her late husband. 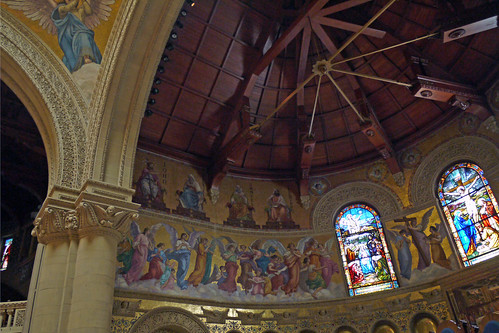 It's nondenominational, although Catholic masses are offered almost daily in the side chapel. 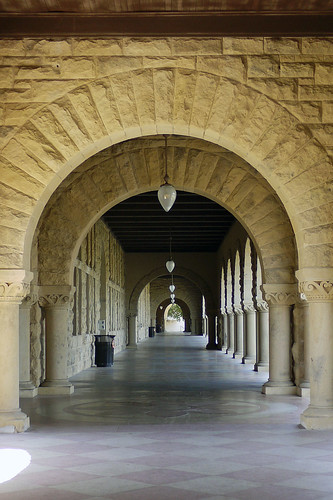 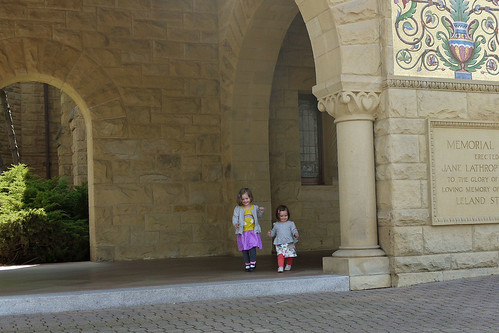 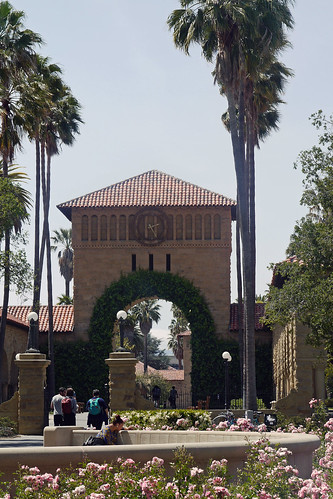 The campus felt like a bigger version of Carnegie Mellon or Rice, except with palm trees. Which makes sense, given that they were all founded around the turn of the twentieth century by wealthy industrialists. 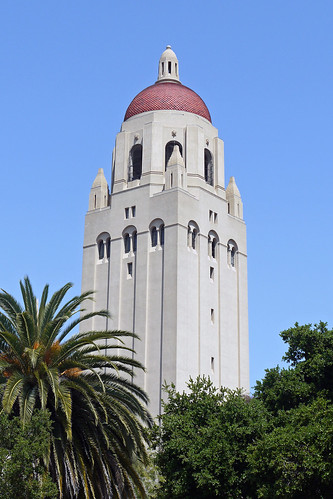 We just wandered around until we arrived at the Hoover Tower. We didn't have time to take the elevator up to the observation deck, but we enjoyed briefly reading about the former President and First Lady, who both attended the university. 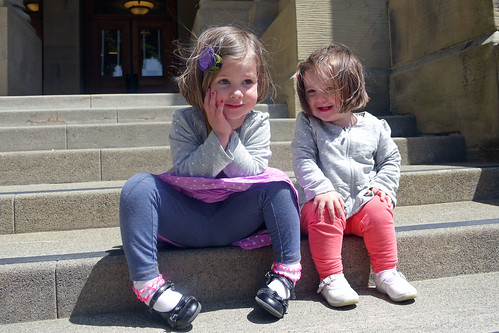 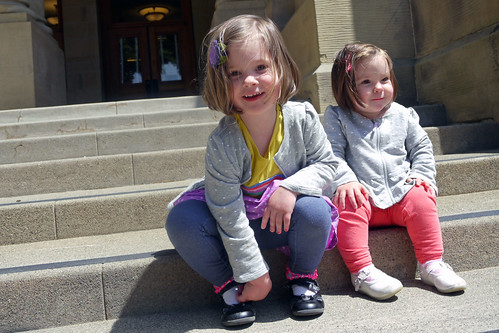 Well, look at these cute future students! Just kidding, children. Let's set our sights on the much more affordable University of Washington.
Posted by Caitlin at 6:57 PM