We had heard mixed reports about the difficulty of biking across the Golden Gate Bridge, but it ended up being our favorite day by far! I didn't want to bring our big camera on my bike, so these pictures were all taken with my iPhone.

We rented our bikes from Sports Basement in the Presidio - they're cheaper than some of the tour companies in Fisherman's Wharf and you can park there for free all day. 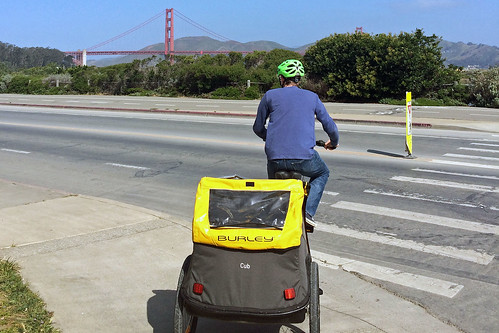 The hardest part of the ride was right at the very beginning, going up the hill to get onto the bridge. 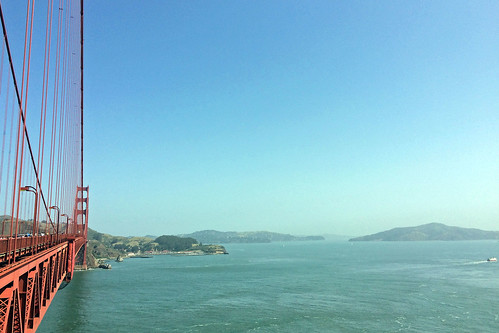 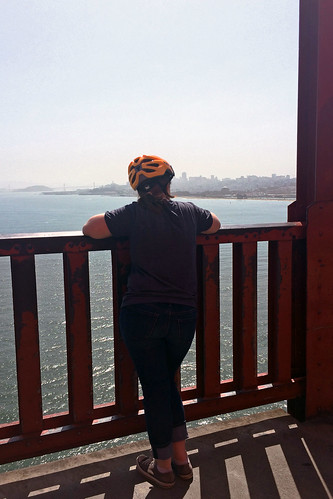 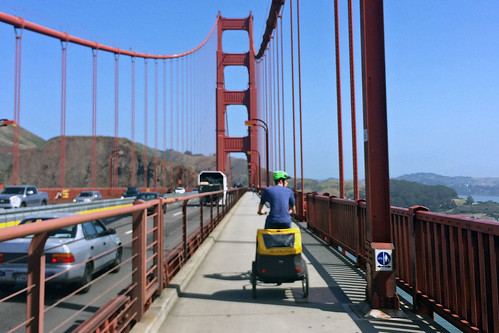 There's several viewpoints on the walk/bike path but the little girls really only enjoy sitting in the cramped bike trailer while it's moving, so we mostly just forged ahead. 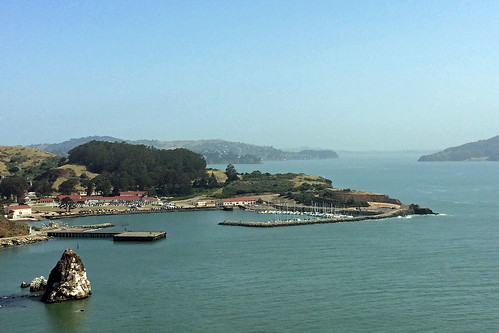 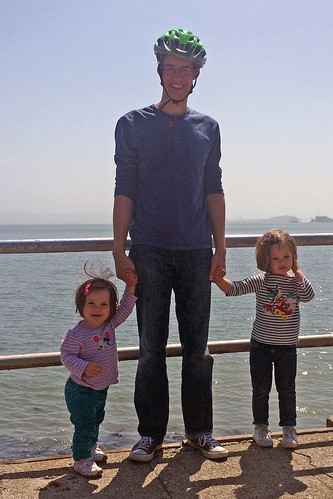 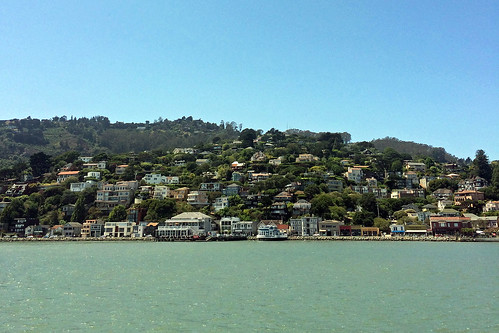 Once we were over of the bridge, it was all downhill to our destination of Sausalito, the cutest little beach town. It had only been about an hour since we left Sports Basement. 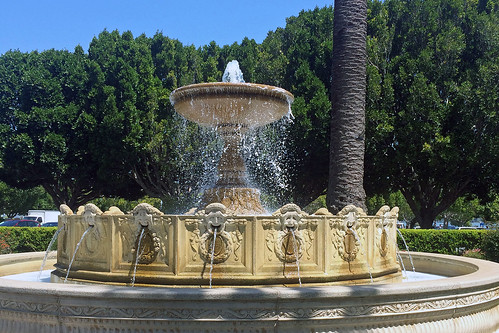 With the fountain in the town square and everything, we felt like we were back in Southern France. Also because there were French tourists everywhere in the Bay Area! We locked up our bikes, grabbed some burgers at the stand right across the street from the fountain, had lunch outside, used the nice public restrooms, and caught the ferry back to San Francisco. 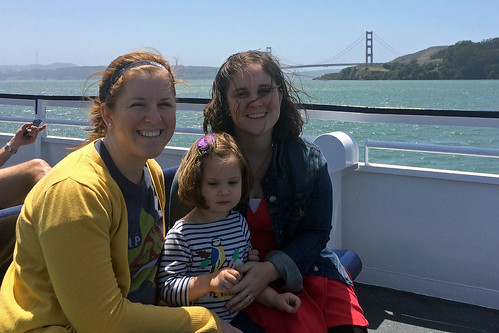 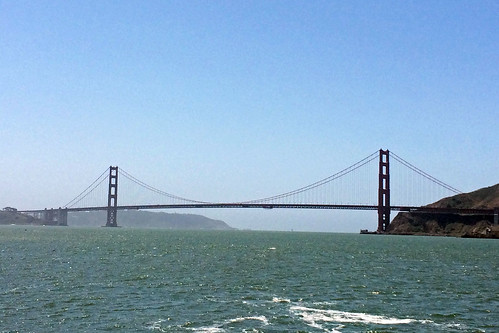 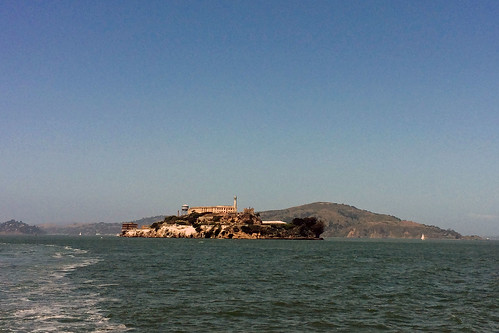 There are ferries to either Fisherman's Wharf or the Ferry Building. We caught the one to Fisherman's Wharf because it was at a better time and we wanted a chance to see that area without spending a whole bunch of time there. It was also nice to see Alcatraz on the way! 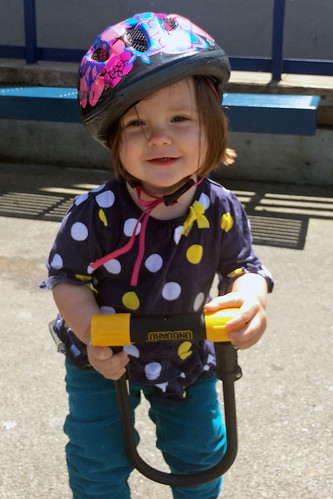 We loaded the girls back into the trailer and rode through San Francisco's equivalent of Times Square to indulge in Ghiradelli. 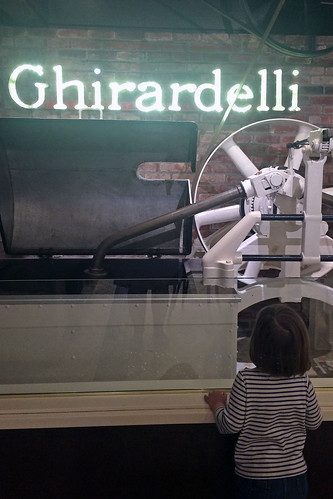 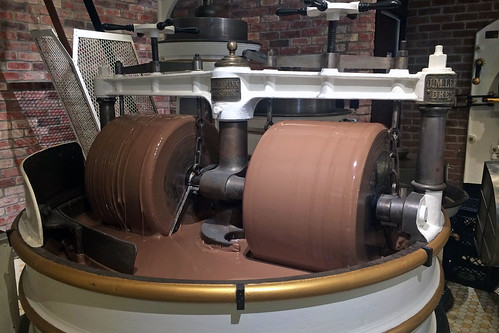 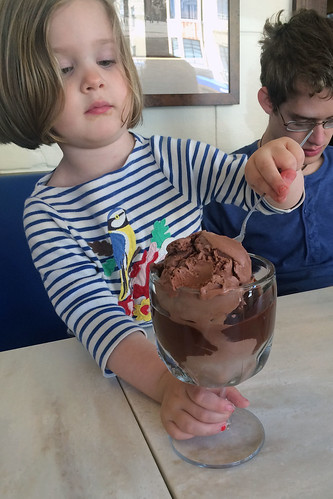 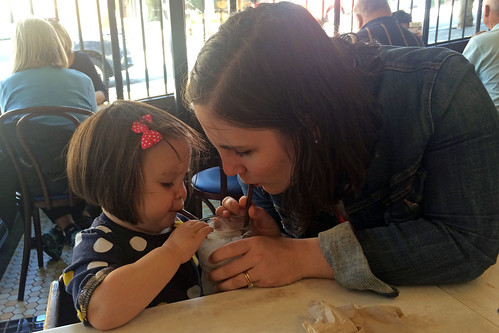 The soda shop and chocolate store at Ghiradelli Square was even more touristy than we expected, but, hey, who doesn't like free chocolate and overpriced ice cream? There was a handy bike rack right across the street at a senior center. From there, it was just about a mile along the water back to Sports Basement. 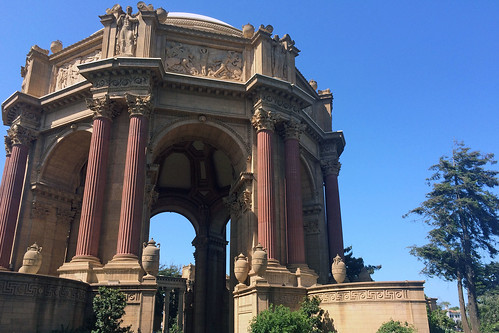 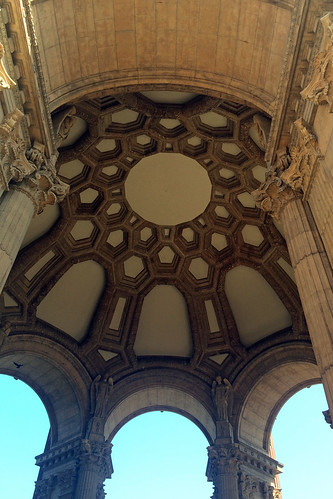 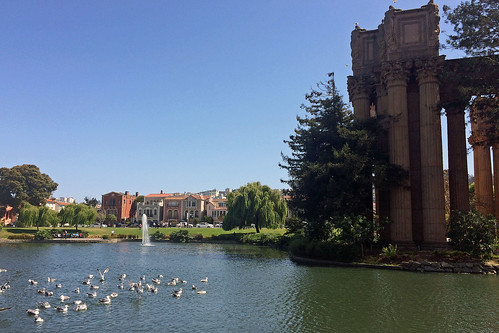 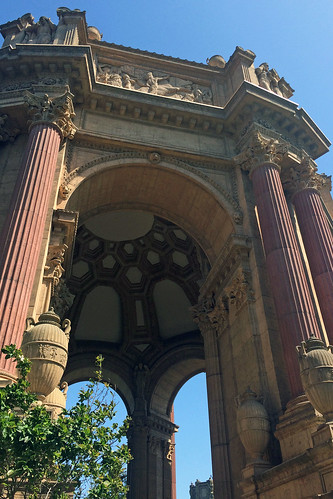 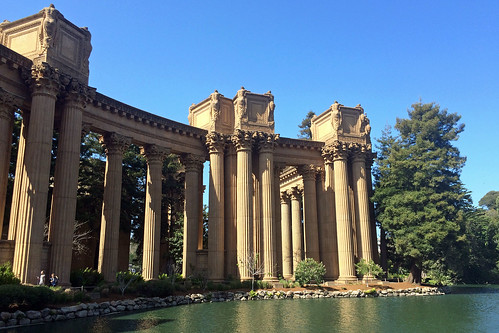 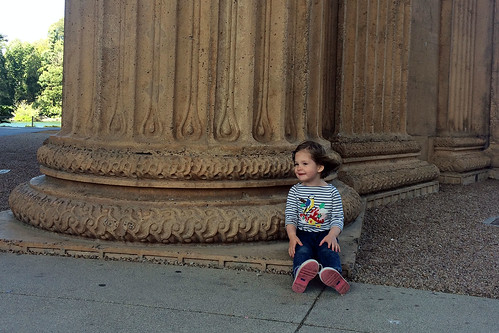 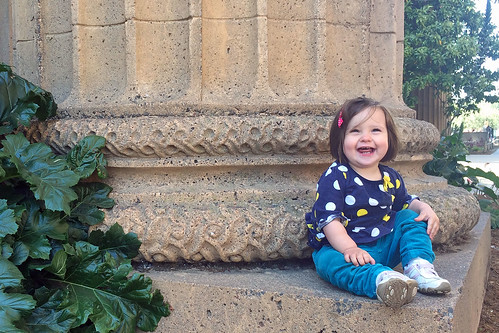 We stopped about halfway at the Palace of Fine Arts, which was built for the 1915 Panama-Pacific Exposition. Claire and Maggie had the best time running around the "beautiful castle." 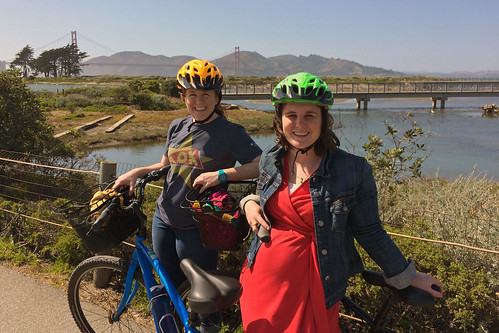 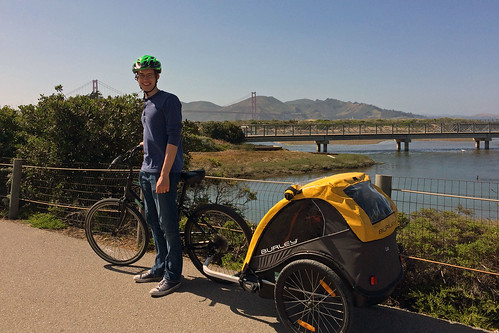 After one last photo opp with the bridge, we returned our bikes and headed back to the apartment for dinner. I'd read some sources saying you could do this in under three hours, but with really taking our time to enjoy everything and making a few extra stops, this was easily an all-day outing. We're so glad we didn't listen to the reports of how challenging it was, because we found it to be totally doable, even while pulling sixty pounds of little girl.
Posted by Caitlin at 5:46 PM