A couple weeks ago, in between our weekend in the Cascades and our anniversary getaway, our good friends flew out from Pittsburgh to visit! We met Matt and Kelly as students at Pitt, where they now work as FOCUS missionaries. They have two little boys, Jude and Finn, who are the same ages as Claire and Maggie.

We picked them up from the airport on Thursday afternoon (hooray for 8-seaters minivans!) and just hung out at home for the rest of the day. Adam had to work on Friday, while the rest of went to Pike Place Market. 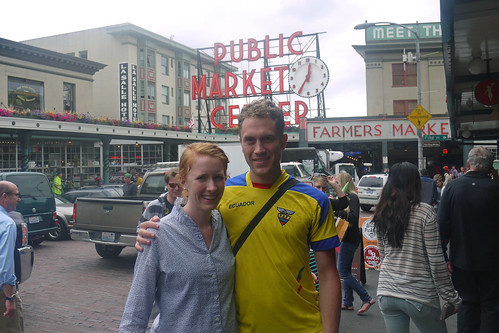 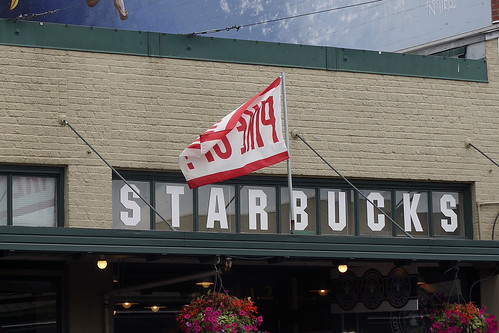 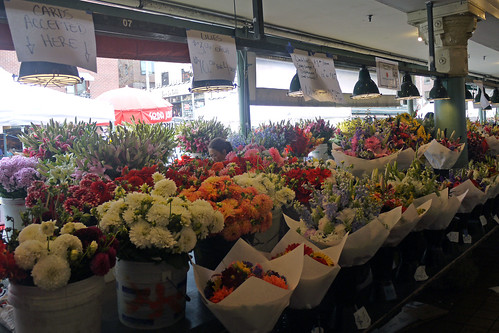 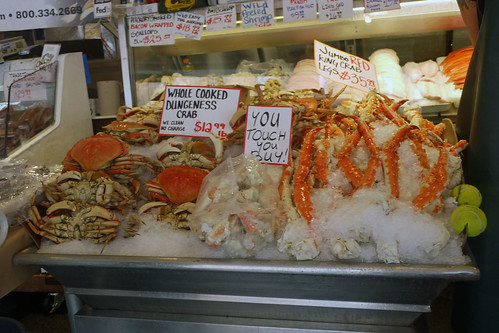 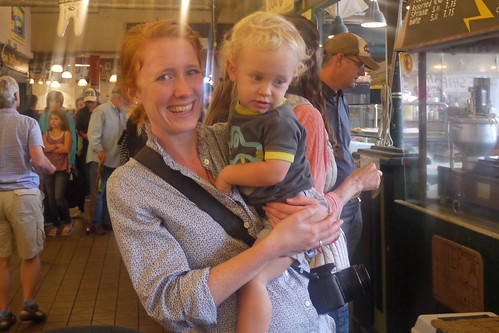 We walked around admiring the fresh fish and flowers, marveling at the crowd waiting for a drink from the very first Starbucks, and stopping for little donuts at Daily Dozen. 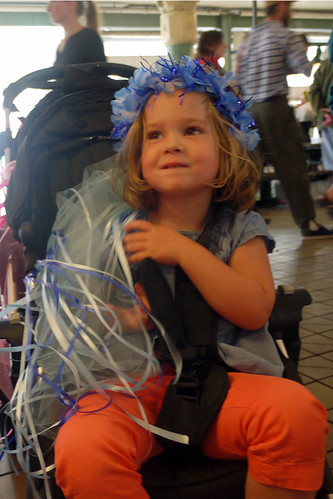 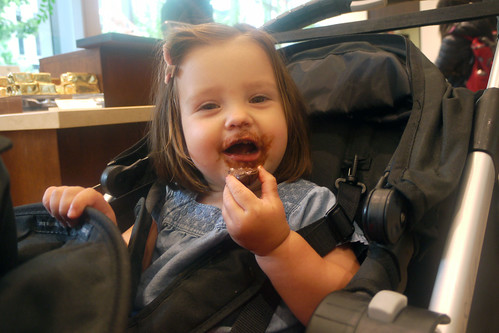 After I narrowly avoided buying that flower crown for Claire (one of the few times not carrying cash has come in handy!) we got lunch from Beecher's Cheese and dessert from Fran's Chocolates. On the way home, we stopped for a fantastic view of the Seattle skyline at Kerry Park. 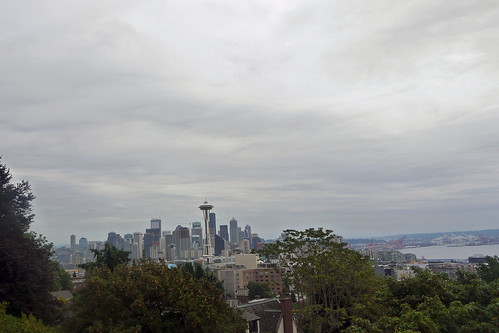 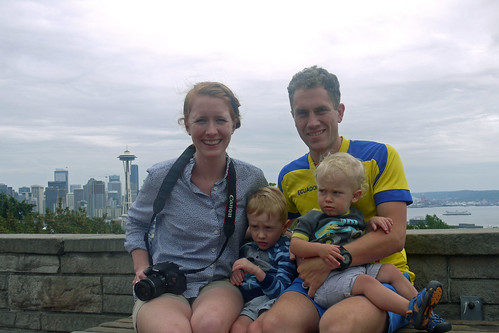 On Saturday, we decided we wouldn't let a little rain keep us down and forged onto Snoqualmie Falls. We got the weirdest July weather for most of their visit - these pictures look like they were taken in October! 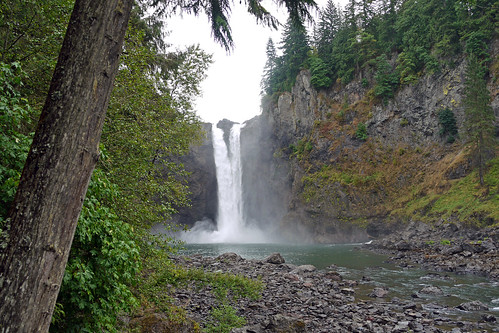 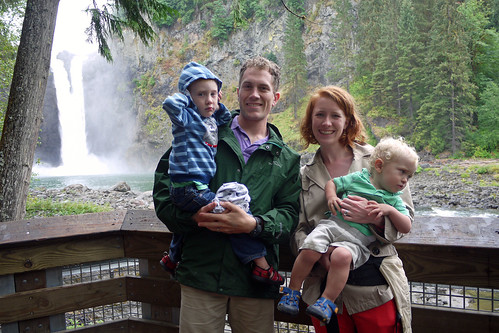 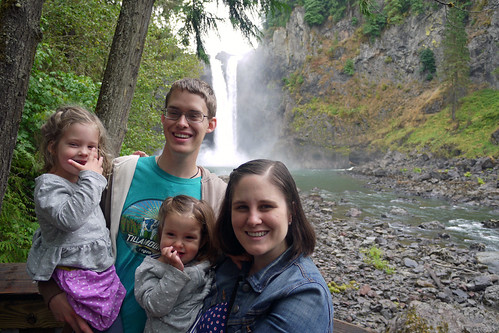 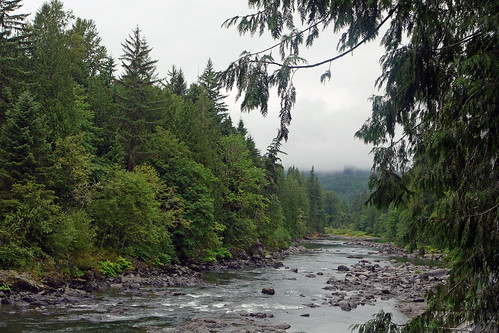 Since the weather was so iffy, we didn't make a lunch reservation at the Salish Lodge. We drove into the little town and went to the Woodman Lodge right behind the train museum instead. We didn't have to wait for a table at all, the food was excellent, and we could walk right over to the see the trains afterward. 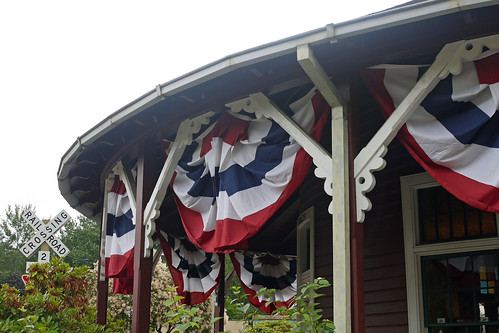 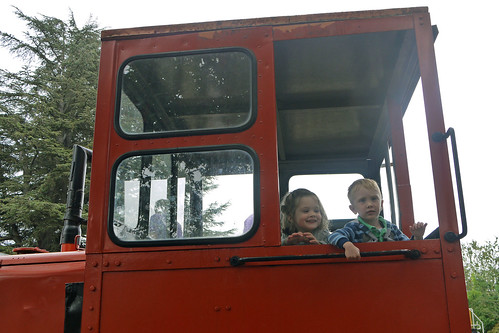 Our friends Libby and Jon, who went to grad school in Pittsburgh, very graciously hosted us for a barbecue that evening. We had seen each other around the Newman Center and met once at Kelly's baby shower, but we didn't really get to know each other until Kelly connected us when they moved out to Seattle six months after we did. 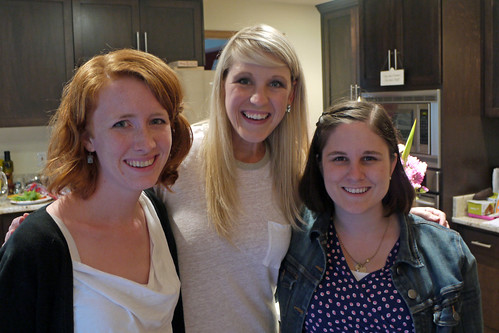 Adam and Matt woke up really early on Sunday morning to climb Mount Si. I don't have any pictures from their excursion, but it sounded a lot like the last time Adam climbed it (with a coworker in February a couple years ago). Maybe the third time will be the charm and he will finally see the view from the top without fog? Kelly and I just bathed all the kids and hung out at home.

We met our friend Steven and his girlfriend Megan, who also happened to be in town visiting that weekend, for lunch at our favorite burger place, The Tipsy Cow. They both went to school in Pittsburgh too! We miraculously got all four kids to nap at the same time that afternoon, so we had some quality catch-up time with Steven and Megan before heading to the 5:00 Mass.

Adam and Matt handled dinner and bedtime for the kids while Kelly and I snuck off to Bellevue Square. We had hoped to do some shopping but it turns out most stores close at 7:00 on Sundays. Since we're always way too unmotivated to leave the house sans kids at night we had no idea! We quickly browsed in Nordstrom and killed some time at Barnes & Noble while waiting for our table at Din Tai Fung. The dumplings and garlic green beans were well worth the wait, even though we didn't make it to Anthropologie.

I had a prenatal appointment on Monday morning that took a bit longer than anticipated. I forgot how much longer everything takes at a fancy research hospital - you have to get ultrasounds and blood work done in separate locations rather than just doing everything in your OB office like the suburban hospital where Maggie was born. But as soon as I made it home we piled in the van and caught the ferry to Bainbridge Island. 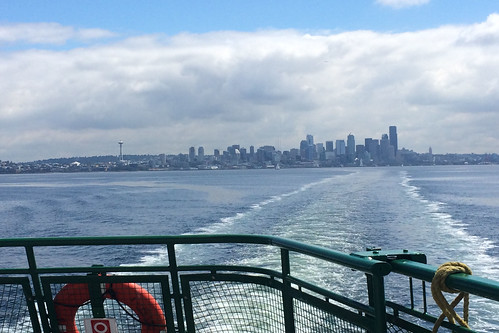 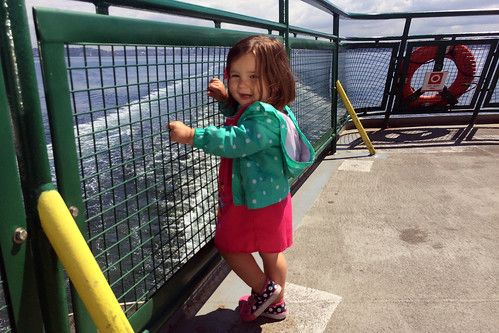 Thankfully the sun came out on their last day here! We had a delicious lunch of meatballs and ravioli from our absolute favorite Italian place, Via Rosa 11. 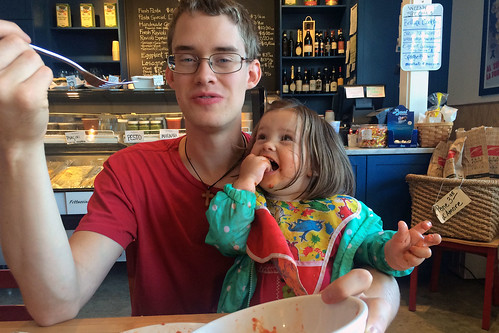 Then we dipped our toes in Puget Sound at Fay Bainbridge Park. 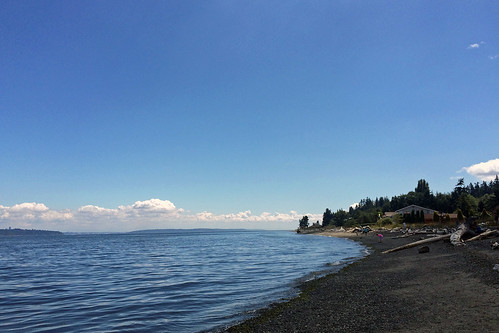 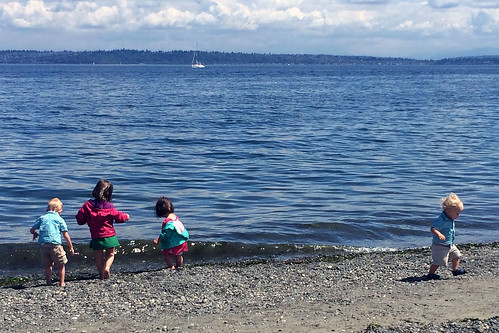 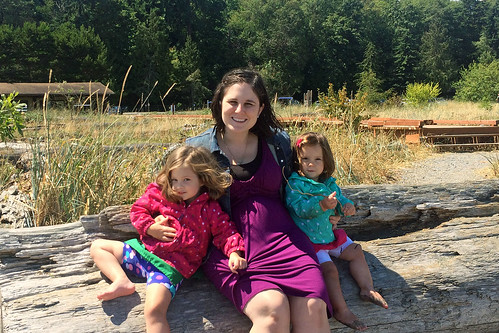 And a day on the island wouldn't be complete without a stop in downtown Winslow for ice cream at Mora Creamery. 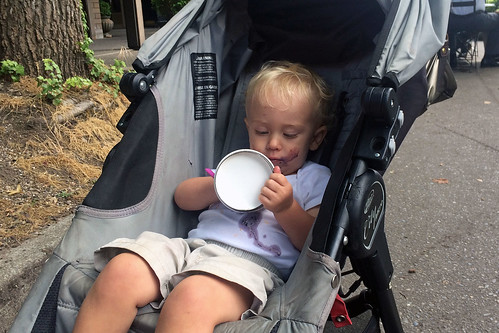 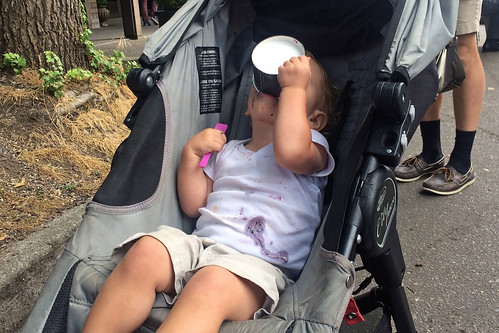 We all enjoyed ours as much as Finn! We are so thankful to have had this time with the Keenys. We've actually gotten to see them in 2013 (when we visited Pittsburgh), 2014 (when we were both in Florida at the same time and able to meet up for a day) and now in 2015. We spent most of their last evening here discussing the best equidistant location to meet for future vacation - I think Denver was the clear winner so hopefully we can make that happen in a couple years!
Posted by Caitlin at 5:58 PM