We celebrated our five year anniversary last Friday! We like to celebrate as a family, because it is the birthday of our family after all. So we had our traditional dinner of fajitas and derby pie, the food served at our wedding reception. 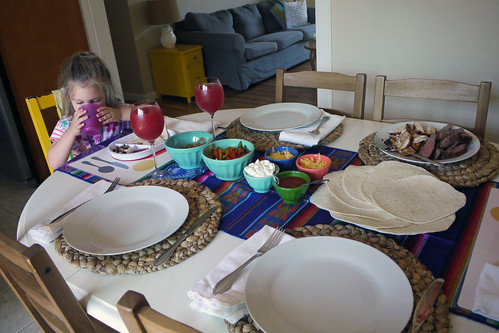 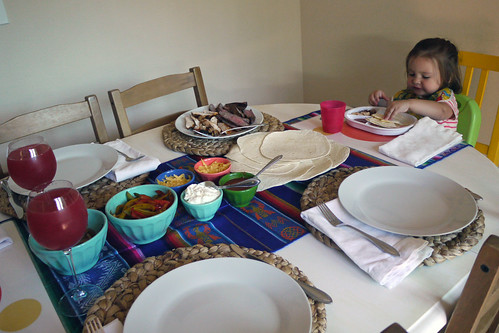 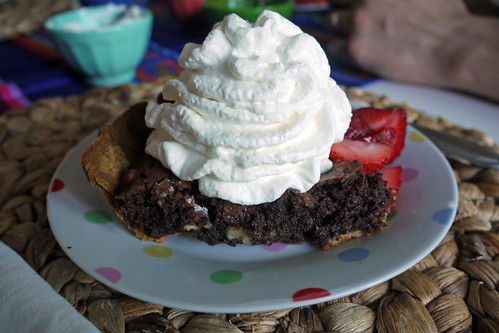 Allison brought us that table runner from a mission trip to Ecuador - it makes our fiesta so much more festive. I feel compelled to tell you that's Pomegranate San Pellegrino filled to the brim of our wine glasses, not an alcoholic beverage! 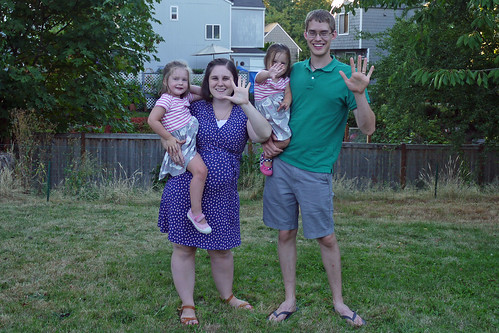 We took our traditional anniversary family photo and then looked at our wedding album with Claire. She was obsessed with who was babysitting her while we were getting married. I don't think she can fathom a time when she didn't exist! 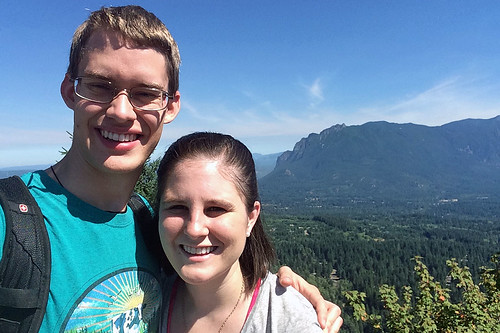 The next morning, we left the girls with my sister and set out for an overnight getaway. First up was hiking Rattlesnake Ledge. It was a totally doable two miles up to the top, where we were rewarded with some pretty amazing views. 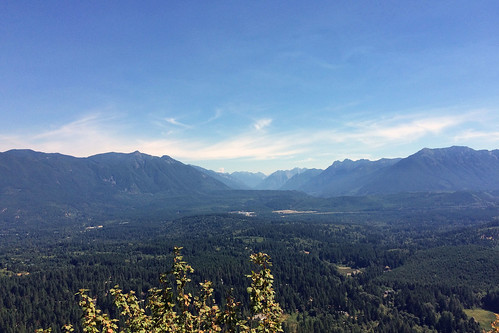 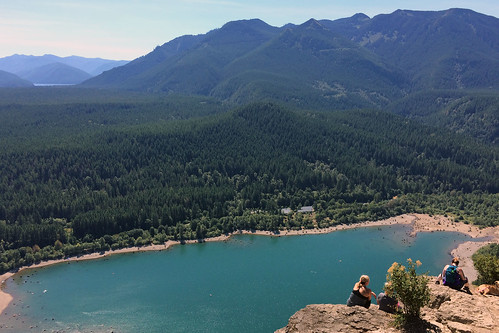 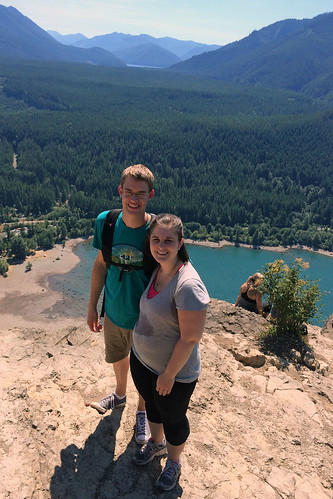 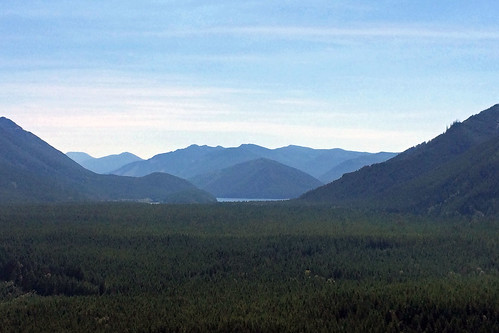 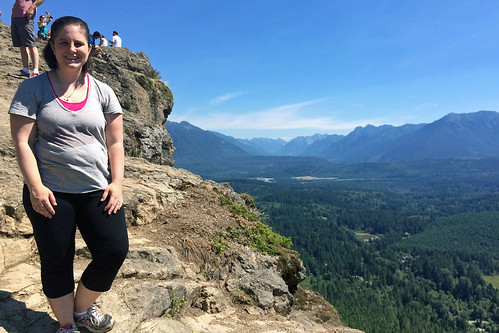 Back at the bottom, we had a picnic lunch at Rattlesnake Lake. 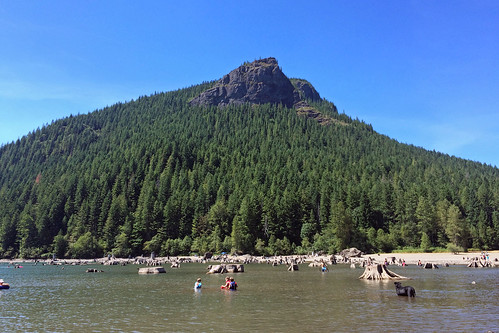 From there, we drove to our hotel, the Salish Lodge atop Snoqualmie Falls. We actually stayed there for our second anniversary right after we moved to Seattle, with four-month-old Claire tagging along. As cute as she was back then, it was so great to return just the two of us! 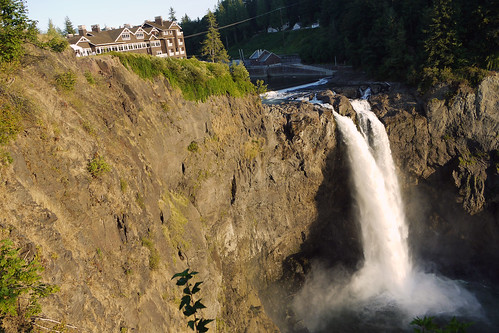 We showered and read for a while before heading down to the restaurant for a really delicious dinner. Afterwards, we rented the new Avengers movie, slept in until 9:30 (!!!), ordered a room service breakfast, went to a noon Mass sans kids, and ran a couple errands before going home because apparently we're boring adults now. 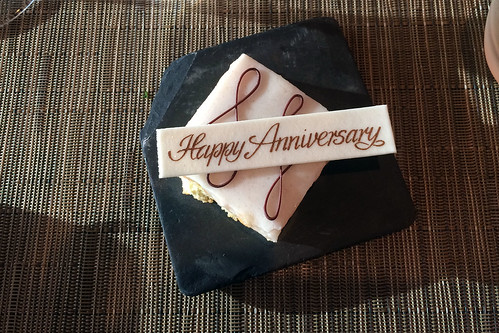 I'm so glad we got to leave the girls in Allie's extremely capable hands and sneak off for such a fun, relaxing weekend.

P.S. We've tried to follow the traditional anniversary gifts and year five is wood. We just ordered this sideboard for our family altar, so our August project will be getting it stained and sealed.
Posted by Caitlin at 6:05 PM