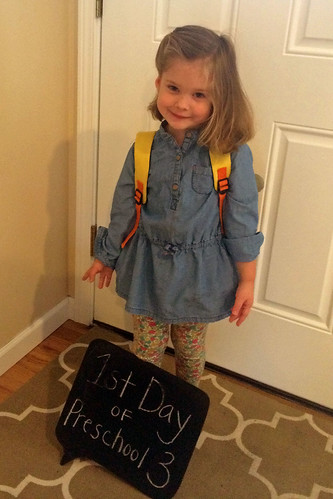 1. Our fall schedule has been in full swing for three weeks now. Claire is going to music class, cooking class, and catechesis of the good shepherd on her own. Well, with good friends in each class. She seems to be transitioning fine so far. We had one rough goodbye at catechesis, but I think that was mostly because the girls slept in that morning and I had to rush them out the door. That was for a 10:00 am start time! It's hard to imagine potentially getting everyone ready for kindergarten drop-off at 8:30 a couple years from now. (We are calling Catechesis preschool because she's learned about it from books and tv shows.) 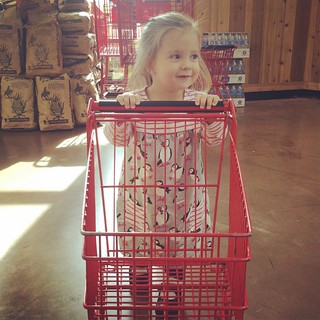 2. I've been really enjoying having some one-on-one time with Maggie while Claire's off doing her thing. It's been so nice to soak the last months of her as my baby. Music class is 45 minutes long at our outdoor mall, so it's just enough to browse the clearance rack and grab a free sample at See's Candies (oh, and pick out a chocolate for Claire!) Cooking class is also 45 minutes at the community center, which gives us just enough time to zip over to the library to pick up our holds. I definitely appreciate only having one child to help check in and out books. No more fighting over who gets to press which button! Catechesis is by far the longest at two hours - so far we've been to Trader Joe's, Ben Franklin (our favorite craft store) and Goodwill. I'd forgotten what it's like to shop with a kid who doesn't ask to buy everything she sees! 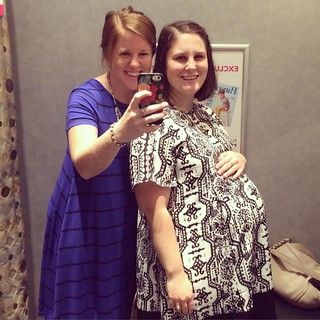 3.  Allie has been visiting us for most of September and I've become completely spoiled. We went maternity shopping twice - once for an actual winter wardrobe which resulted in lots of coupons and a second trip to use those coupons on nursing bras, pajamas, tights, etc. We spent a good long while at Ben Franklin selecting fabric for Betsy's first eight monthly pictures (which will eventually become a quilt for her first birthday). She babysat so Adam and I could go out for dinner, test out gliders at Babies R Us, and pick up wood at Home Depot for a project we're cooking up. It's amazing how much less stressful a trip to the hardware store is without toddlers. 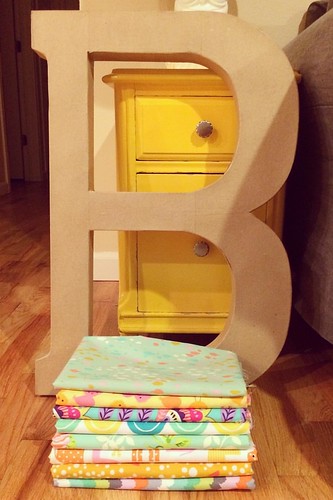 4. And then as soon as my parents arrived last Friday, my sister and dad went to the bank to sort out some leaving-the-country-for-a-year issues and I went to get a hair cut, pedicure, and flu shot. Not only did my mom watch the girls, but she also did all my laundry. Having your parents live four hours away is so, so, so much better than living on opposite sides of the world from each other! 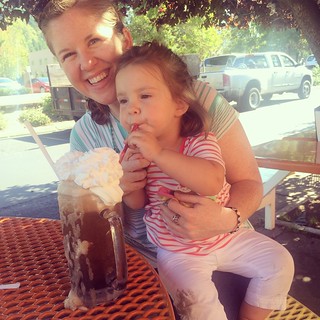 5. Sadly, our days with Allie in Seattle are numbered. She and my mom are visiting my grandma in Ottawa this week. My dad will drive in on Saturday to pick them up from the airport that evening, then my parents will drive back to Richland on Sunday afternoon. Allie will fly to Houston on Tuesday morning, where she'll spend a week visiting friends before leaving for Guatemala the following Tuesday. She'll be in language school there for two months and will arrive at the orphanage in Honduras right before Christmas. 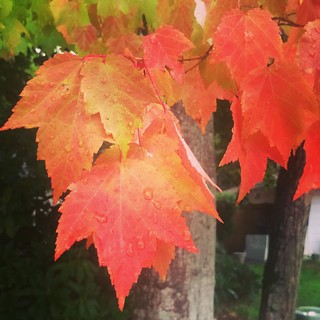 6. At least I have pumpkin baked goods to drown my sorrows in. It's only October 2nd and I've already made pumpkin muffins, waffles, pancakes, and scones. And devoured an unspecified amount of pumpkin bagels with pumpkin cream cheese from Trader Joe's. For book club next week, I've got my eye on these pumpkin oreo cheesecake bars. 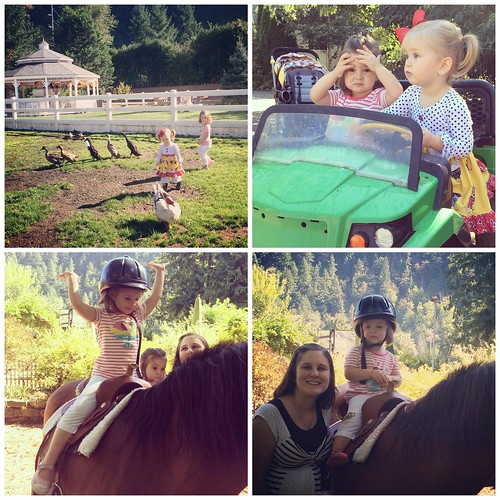 7. I forgot to tell you guys about our last excursion of the summer to Fox Hollow Farm in Issaquah! We met a bunch of toddler friends there and had the best time. You get to chase and feed various farm animals, ride little tractors and the world's tiniest train, jump on an inflatable, play on a really awesome playground, and go for a pony ride. Basically little kid heaven. I wish we were up to something equally exciting today, but instead I took the girls to the dentist. And tomorrow they're going for their twice-a-year hair cut. Hope you have similarly noteworthy weekend plans!
Posted by Caitlin at 5:40 PM