Yesterday morning, after a breakfast of chicken biscuits, I dropped Allie off at the airport. She'll spend a week in Houston and then leave for two months of language school in Guatemala. The missionary class will arrive at the orphanage in Honduras just in time for Christmas. 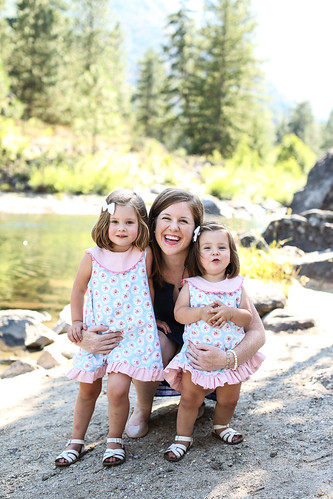 She should most likely get to come back for a visit next summer. Her service will wrap up at the end of January 2017, at which point she'll have to decide whether or not to stay for a second year. She'll definitely get to come home then, either for a visit or for good.

Even though we haven't lived in the same city since I graduated from high school eight years ago, this is the longest we'll go without seeing each other! I was doing pretty well until I got home from the airport yesterday and Maggie immediately asked for Aunt Allie. When I was tidying up the guest room yesterday afternoon, I found this in the closet: 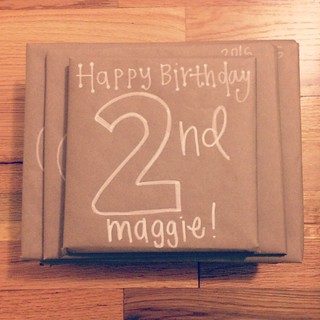 A stack of birthday and Christmas presents for her nieces. Going all the way up to Claire's fifth birthday! She's always been such a great sister and aunt. She's been the first relative to meet our babies and the only one there for their birthday parties. (Although I'm really, really glad that won't be the case anymore with my parents now living driving distance away.) She's come on so many trips with us, making traveling with small children easier and much more fun.

Man, we are all going to miss her so much, but we're really excited for this next step. She's hoped of becoming a missionary nurse for a long time and the organization she's serving with seems like a perfect fit. She was originally supposed to start at the end of July, but some (very needed and positive) policy changes pushed it back two months. While she was grateful for the extra time to see family and friends (the last months saw her in Boston, New Hampshire, Edmonton, Vancouver Island, Ottawa, my parents' home in Richland and ours in Seattle) we know she's more than ready to get to work. 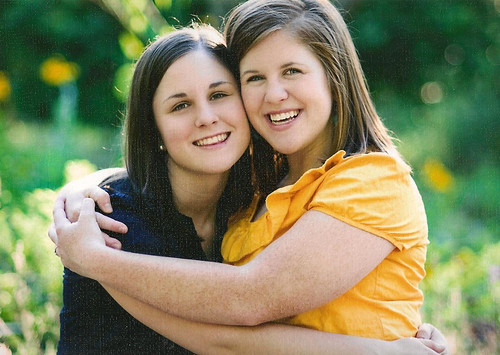 {An old photo, from Allie's senior pictures in 2009, but still one of my favorites.}

We'll be writing emails and letters, though the amount of pictures Claire and Maggie are coloring for her might have to be culled a bit! In case you're interested, here is her mission blog and here is the Farm of the Child's website.
Posted by Caitlin at 8:04 PM