Adam's parents and his oldest brother (who also has a three-year-old) live in Houston. His younger sister is in college in Oklahoma. His two other older brothers (who are both married with no kids) live in Washington D.C.

We last saw everyone together at the beach in Florida last summer, during our crazy two-week, visit-all-the-relatives trip to Ottawa and Orlando. That trip was pretty insane, both in terms of work and expense, so this year we felt comfortable planning our first not-visiting-family vacation to San Francisco. It was affordable, easy (just a quick ninety-minute plane ride!) and really fun. The perfect way to celebrate our five-year anniversary.

But then we found out one of Adam's dear family friends was getting married in West Virginia over Halloween weekend and that everyone else would be going. We want to be those people who make the effort to see family even though we live really far away, so we cashed in all our air miles and decided to join them.

Let's start with the highlights of the trip... 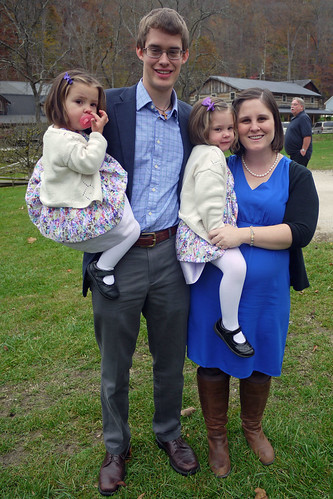 This picture might not show it, but Claire and Maggie were completely enthralled by the wedding. They were overjoyed to see their cousin, Estelle, and Aunt Katie, both of whom they remember well from their visits to Seattle this summer. 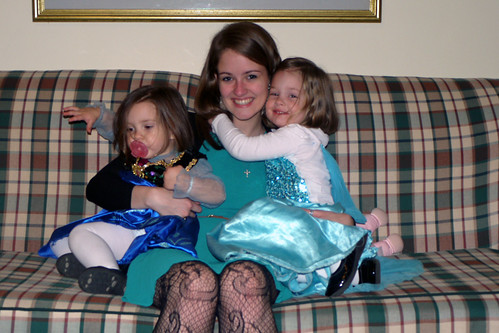 Adam was actually born in Huntington, West Virginia and moved to Houston when he was ten. I had never been to his hometown before, so it was really special to see his first house and his elementary school and go to Sunday Mass at their old parish. 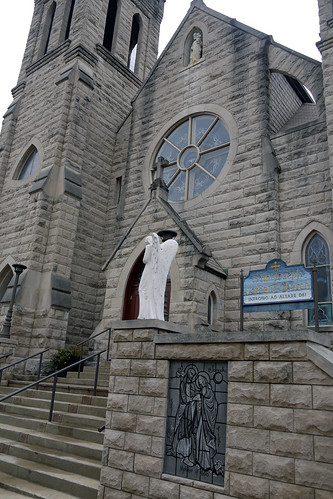 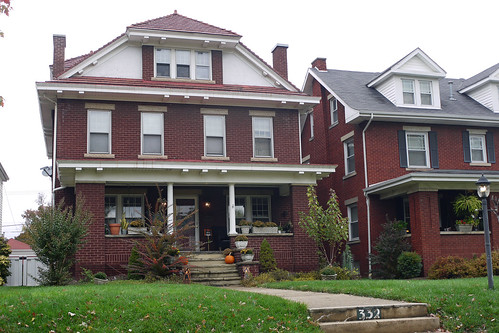 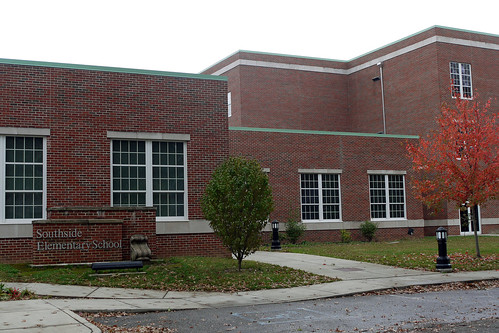 We also took the girls to his favorite park as a child, where they got to enjoy the rose gardens and same playground. 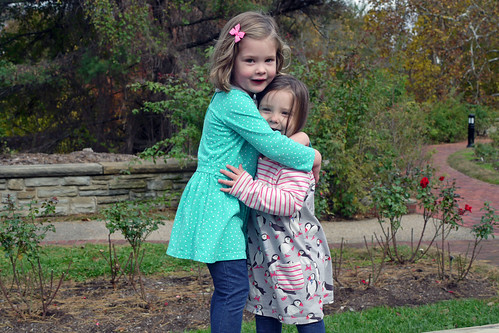 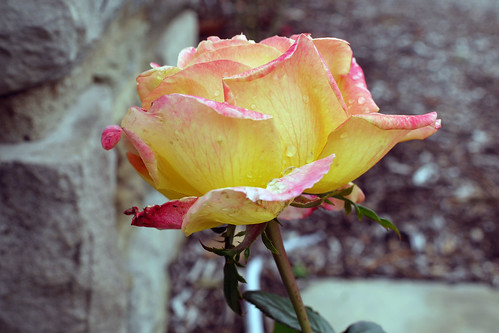 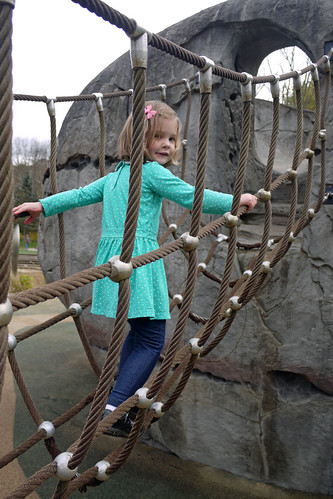 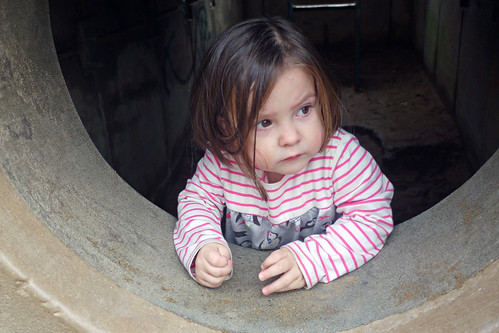 But, guys, it was SUCH a long journey. We left our house at 5:30 am Thursday morning and got home at 10:30 pm Monday night. Each way required seven hours of flying, four hours in the airport waiting for connecting flights, and two hours of driving to our destination. Fourteen hours of travel each way with a two-year-old, three-year-old, and mom on the cusp of the third trimester of pregnancy. Then, of course, there is the three-hour time difference and corresponding toddler jet lag to deal with.

Most of the journey really did go fine, except for two incidents. The first, a really messy toddler carsickness incident at midnight literally one minute away from our hotel. And, the second, a toddler waking up at 3:30 am and just never falling back asleep, even though we made her lay in bed for another three hours.

If you're wondering how a trip to Nashville by myself could go better than a trip to West Virginia with the much-appreciated help of my husband, those incidents would be why. Also, the major factors that Nashville is just one four-hour direct flight away, that it's in central time, and that we were visiting friends with the same age children.

Before this trip, we thought we'd do another Orlando and Ottawa adventure next summer. Now we realize that we just can't handle it with a third child in tow. It's also really, really not a smart move financially.

I honestly don't know if we'll leave the Pacific Northwest at all next year, but if we do, we'll only be able to visit great-grandparents on one side of the family. My grandmother's health is deteriorating more quickly, unfortunately, so Ottawa would be the logical choice.

It will be awhile before we can think about taking three children on an airplane. Even though we were only gone for five days, I don't think we've ever been so happy to be home!
Posted by Caitlin at 7:02 PM