Maggie turned three last Friday! We had Claire's fourth birthday at an indoor playground, our first not-at-home party, because Betsy was only six weeks old and inviting a bunch of preschoolers over sounded really stressful. Immediately after Claire's party, Maggie started talking about how her birthday was going to be at "the jumping place" too. As luck would have it, we actually won a party package for half price in our parish school's silent auction. The weekday morning parties were already a pretty good deal at $120, but, hey, $60 is even better! Adam has plenty of vacation this year thanks to paternity leave, so he was able to take the day off work. Maggie's birthday also happened to be one of my dad's free Fridays (he works a 9/80 schedule - working extra most days to have every other Friday off) so my parents drove in for the weekend and were super helpful during the party. 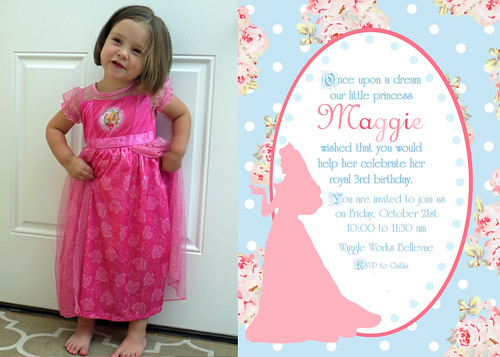 Considering that she introduced herself as Sleeping Beauty for most of her second year, it came as a surprise to no one that Maggie chose an Aurora themed event. 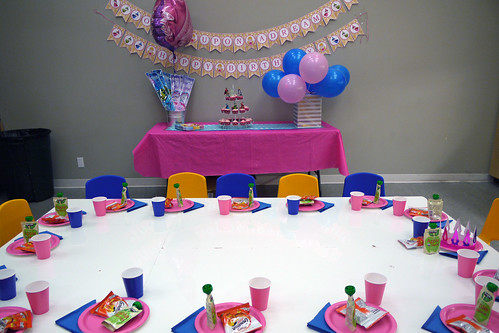 The jumping place lets you invite sixteen kids, including your own, and provided a party room with paper products, a tablecloth, and balloons in the colors of your choosing. 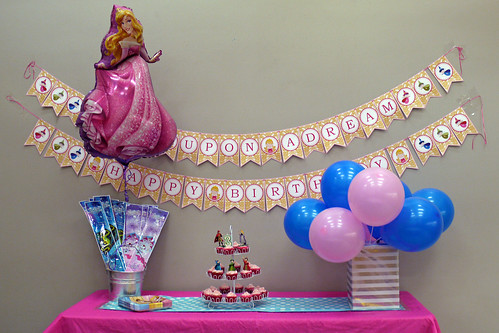 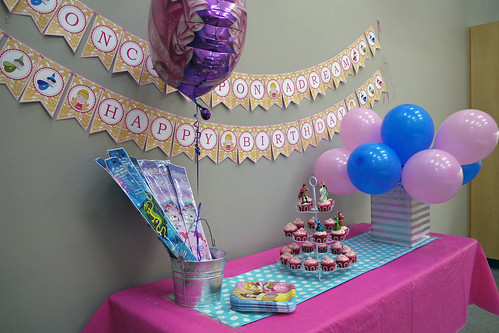 I ordered the printable invitations and birthday banners from Etsy. The Aurora balloon was from Amazon and the figurines were from eBay. The princess cake plates and the polka dot wrapping paper turned table runner are just Target finds. We gave dragon and unicorn kites from Dollar Tree as party favors. 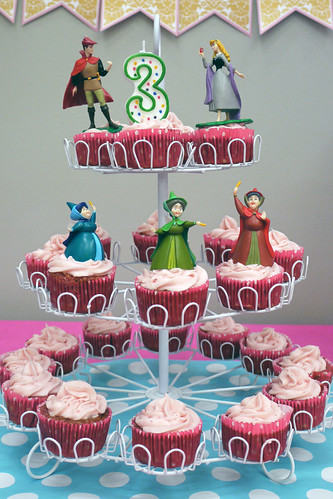 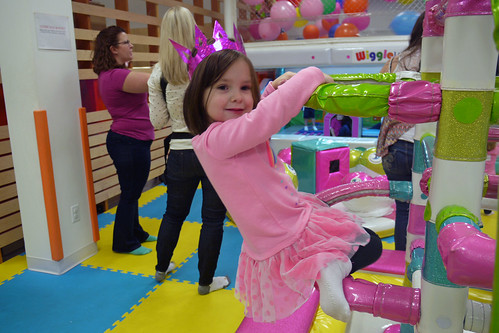 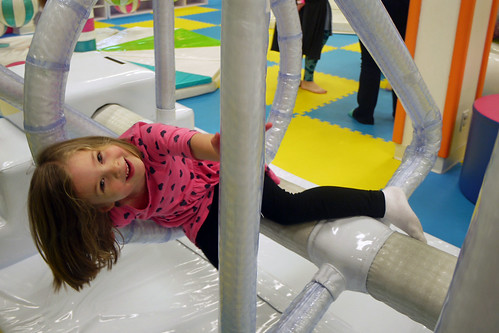 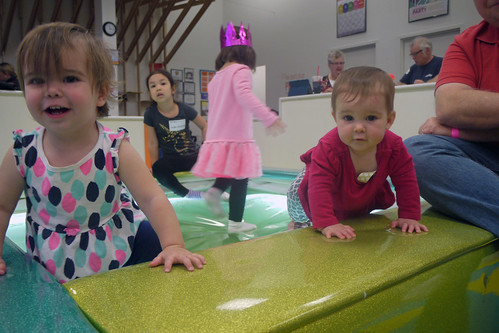 The kids played for the first forty-five minutes of the party and then we rounded everyone up for a snack of goldfish crackers, cheese sticks, applesauce, and lemonade. 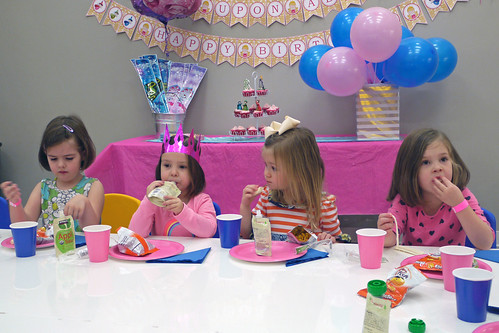 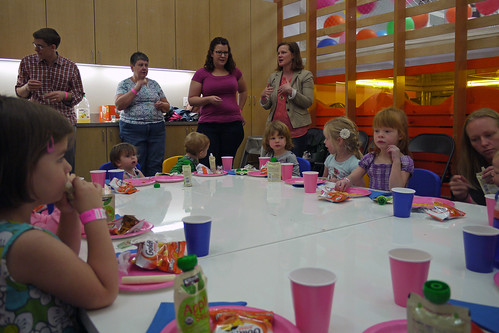 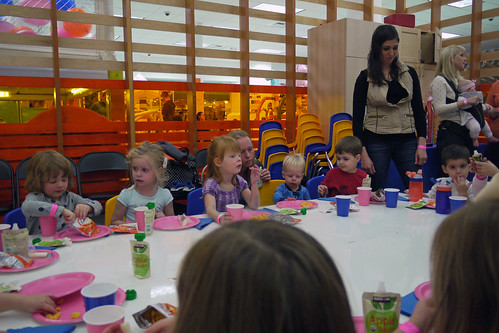 We sang happy birthday, had cupcakes, and then let the kids loose to play some more. 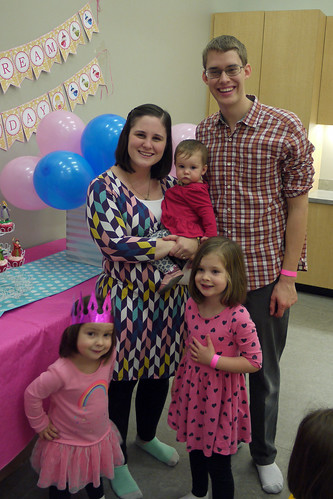 Our goddaughter Eloise apparently had such a great time at the party she needed a nap immediately! 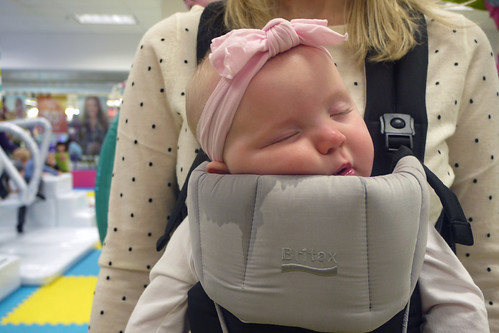 We came home to open presents. From family, Maggie received mostly Little People themed gifts. We gave her a bunch more from the Disney Princess collection, like Aladdin, Flynn, Cinderella's fairy godmother, and Ariel's sisters. My parents gave her an airplane and a helicopter. Adam's parents gave her an animal hospital to go with the Noah's Ark animals. 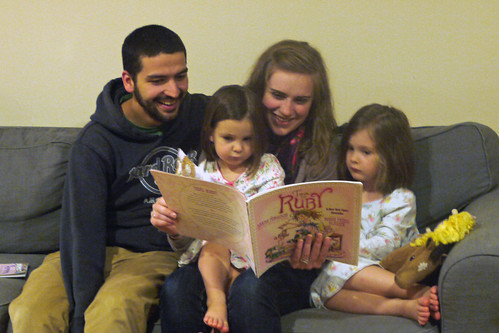 Our friends, Steven and Megan, joined us that evening for hot dogs, Maggie's birthday meal of choice, and the traditional viewing of her birthday slideshow. 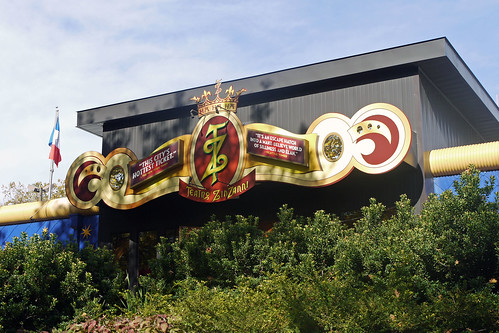 On Saturday morning, we went to Teatro Zinzanni, which specializes in adult dinner theater circus performances. One of our favorite local kids' bands, Recess Monkey, was performing in a special kids' event. We saw two acrobats, a clown, and a juggler in addition to the musicians. Even Betsy was in rapt attention the entire show! We didn't get a three-course meal like at the evening version, but there were Top Pot donuts and mimosas. 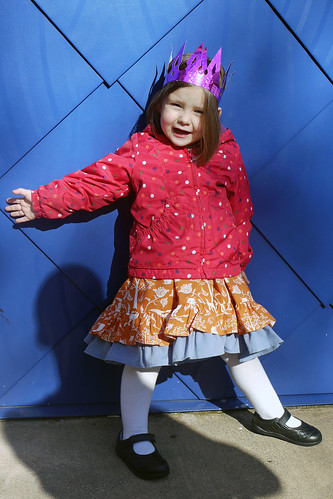 Maggie wanted to get all dressed up in her sparkly birthday crown (compliments of the jumping place) and fancy new dress from her friend Paige for the show. 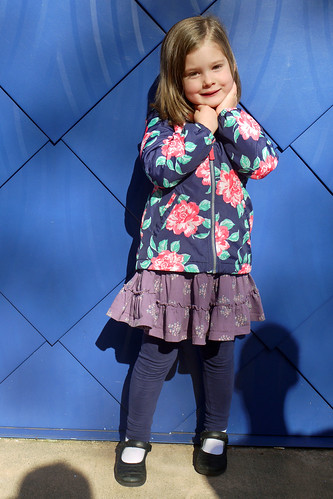 Claire wasn't feeling quite as fancy, but still had a great time and has decided she needs to go to circus school when she's bigger. 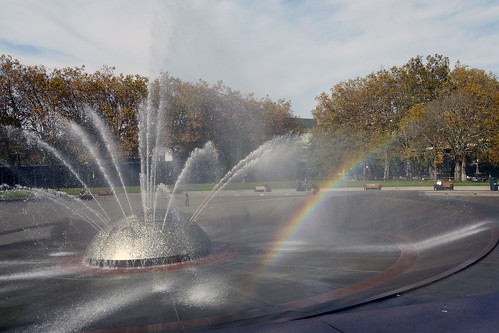 We walked through the Seattle Center to have lunch at Mod Pizza and then headed home. 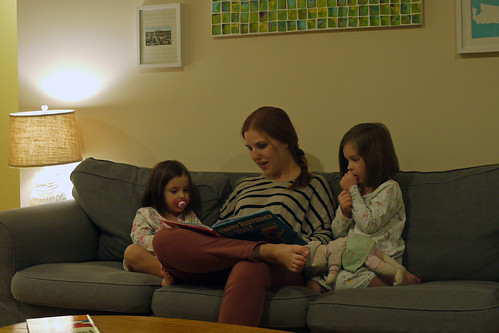 That evening we officially ended the birthday festivities by inviting our friends Linnea and Carlie over for a dinner of chili and cornbread. Linnea roomed with my cousin Jess at UBC and moved to Seattle after graduation. She is our gracious go-to babysitter because she's just the best and our daughters all adore her. When she arrived, Betsy actually leaped out of Adam's arms and into hers! Carlie has been one of my sister Allison's best friends since preschool. She served with the Peace Corps in Africa after college and just started her master's in public health at UW.  Carlie and Linnea are both super awesome redheads who love to hike, so we figured they needed to meet. If only Allie (coincidentally another redhead) was here to join us for dinner too!
Posted by Caitlin at 2:14 AM