Remember how I mentioned that we were excited to visit Adam's parents in Houston for Thanksgiving? Well, Adam's grandma passed away recently, so we decided to change our plane tickets to go to her upcoming funeral. Instead, we had a relaxing Thanksgiving weekend at home with my parents and younger brother, Scott. Betsy was actually cutting a couple new teeth last week and slept really terribly, so the silver lining was that five of us weren't all sharing one room for that delightful experience. 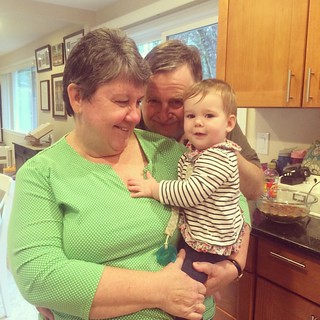 We went to Mass on Thursday and, of course, had a delicious meal. I tried to get a picture of my children in their cute, festive outfits but they were not in a photo-taking kind of mood. 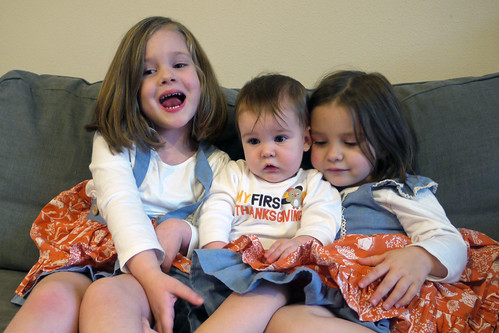 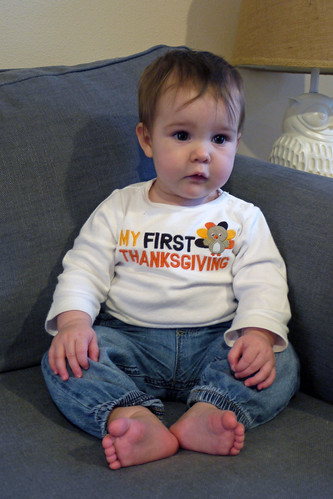 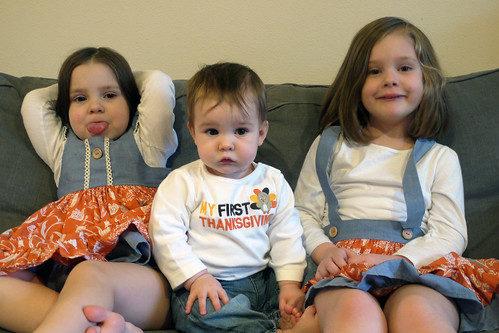 Yep, those were really the best we could get. Why is it so hard to sit still and smile for two seconds? Some winning recipes from our Thanksgiving feast - pumpkin cinnamon rolls, cornmeal dinner rolls, cream cheese mashed potatoes, caramel apple pie, and cinnamon ice cream.

Before digging in, we went around the table and shared what we were thankful for. I think all the adults said they were thankful for the same thing - my dad's new job. When he was transferred to Eastern Washington last year, he was told that this assignment would last until he retired, but a couple months ago he found out he was being transferred again. He was to spend six months in Indonesia and then be spent back to the Houston office. His stint abroad would be "single status" so my mom couldn't come and would have to coordinate the move back to Houston on her own. He was actually set to leave this week. But right before Thanksgiving, he got a new job with the nuclear energy company that provides power to the eastern half of the state. (My dad is a metallurgist - his degree is in materials engineering.) We are SO glad my parents are staying in Washington!

On Friday, we went to the Pacific Science Center - Adam gets a great company discount there which makes it a super affordable family outing. The kids were not huge fans of the temporary exhibit on Sherlock Holmes, but they loved the playground, the butterfly garden, and the MOD Pizza we had for lunch. All of us girls headed home while the guys stayed to see Doctor Strange on the IMAX. 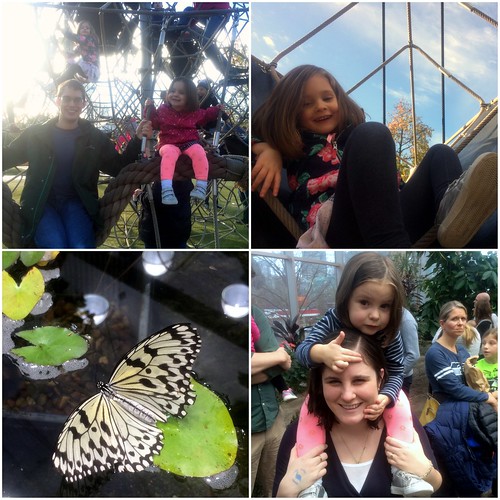 On Saturday, my mom, Betsy, and I did some shopping while everyone else went ice skating. This is something that would be quite difficult for Adam and I to do without extra helpers, so I really appreciate my dad taking the girls out on the rink (especially since skating hurts his ankles) and Scott taking great pictures of the whole thing. 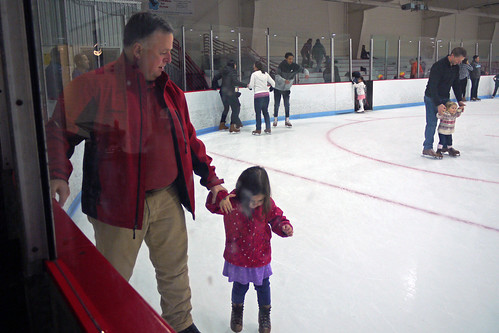 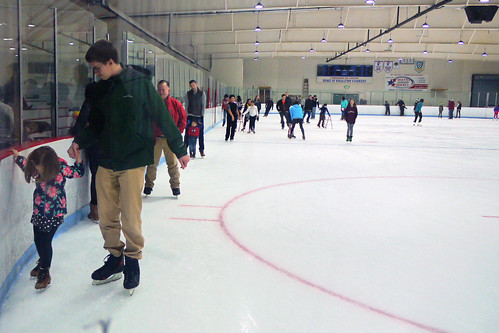 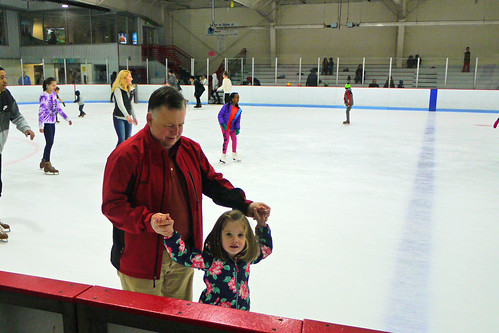 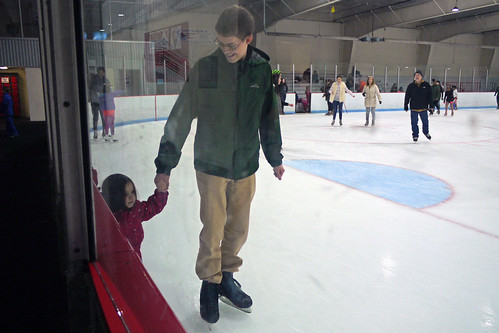 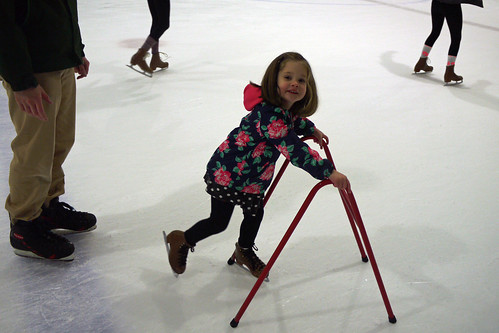 Claire definitely enjoyed herself more than Maggie, who declared the experience "too scary." Claire, on the other hand, has decided to become the "best ice skater in the world." Now that we know that Maggie's not a huge fan (at least for now) maybe we'll attempt taking them by ourselves to the "stroller skate" at the outdoor ice rink in Bellevue over Christmas. This was at the ice rink in Lynwood - we all met up at the Cafe Rio in the mall for lunch afterward. 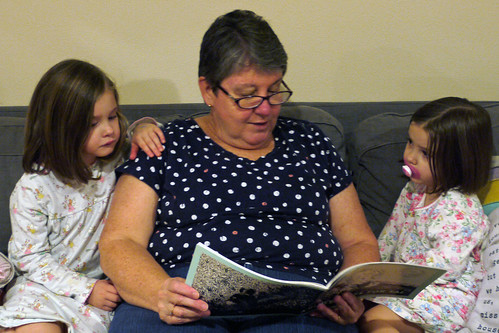 That afternoon, Adam and Claire picked up the fifty Christmas books I put on hold at the library. I'm pretty sure Claire and Maggie had one of their grandparents reading to them constantly until they headed home the next morning!
Posted by Caitlin at 12:49 AM