- All three of our children had stomach bugs, back to back to back. Adam and I had to attend Mass separately for the first three weeks of 2017. Maggie got sick first, then Claire, then Betsy. The two older girls had it for a week each, but thankfully our baby got over it relatively quickly.

- Our washing machine broke, after not quite even three years of use. It was the tub bearing, which is such an expensive part to fix that you might as well buy a whole new washer. We knew it was on the outs because it had been making an increasingly louder and louder noise while operating for the last several months. So loud that you could hear it from the street! Somehow it limped it's way through the weeks of small child stomach distress and actually died at the perfect time - we had washed everything except for a small load of delicates, which I just did by hand. After reading lots of reviews, we went with this Maytag one that we found on sale for $600. It's got an extra cubic foot of capacity, which means I have to stand on my tip toes to reach the bottom!

- Adam and I went to the movies twice. Adam picked Star Wars Rogue One, which we both liked a smidge more than Episode VII. That seems like a somewhat controversial opinion, but we thought it was a great story of redemption and sacrificing for a cause you believe in. I was completely torn between Hidden Figures and La La Land. I didn't make up my mind until we were walking into the theater! Ultimately, I went with Hidden Figures because uplifting historical dramas are my absolute favorite type of movie. I was not disappointed. It was such a great girl power movie - I personally can't think of another film about women kicking butt in STEM careers like this. I would love to watch it with my daughters one day, especially since Adam is a software developer.

- But then I got to see La La Land with my friend, Libby, and I loved it so much more that I thought I would. I thought the lack of a happily-ever-after ending would bother me, but it really didn't. Not all relationships have to end in a happily-ever-after to be beautiful. It's just such a gorgeous film - the cinematography, the costumes, the music. I can't wait to see it again with Adam!

- We've gotten into the habit of watching a movie together on Saturday nights. We feed the girls dinner first and then watch while eating potstickers on the couch. So far this year we've seen Hell or High Water, Queen of Katwe, Hail Caesar, Arrival, and Hackshaw Ridge. We really enjoyed Queen of Katwe and Hackshaw Ridge, although they both had scenes that were pretty hard to watch. We thought Hell or High Water was kind of the movie version of Hillbilly Elegy - very similar themes at least. We didn't enjoy Hail Caesar or Arrival as much as we expected to. We thought Hail Caesar ended really abruptly and the fact the main characters in Arrival ended up divorcing pretty much ruined the ending for us. 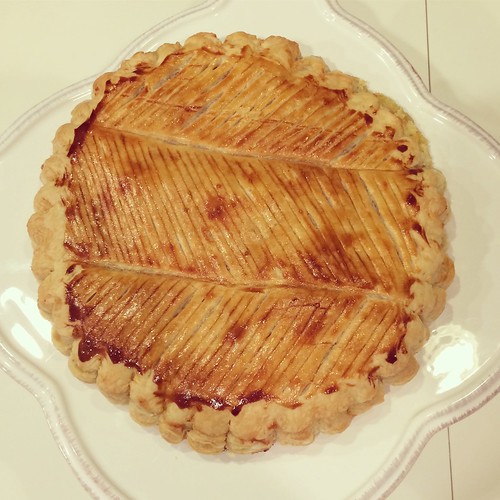 - We had some family friends over to celebrate Epiphany. I made salmon en papillote and galette des rois. I've ordered from a local French bakery in the past, but I missed their deadline this year. Turns out it's super easy to make yourself! We also hosted our married group dinner in January. After our meeting the guys served dinner at the homeless shelter. We all made a batch of Maple Dijon chicken with roasted vegetables (delicious!) and then each contributed the dinner sides, breakfast supplies, and sandwich fixings for lunch the next day. 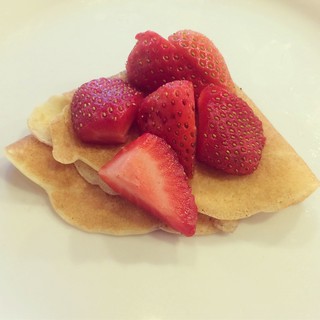 - We celebrated Candlemas and Valentine's Day with simple family celebrations. For Candlemas, we had crepes with strawberries and Nutella for breakfast, which is a tradition we discovered while studying abroad in Provence. The girls were so excited about our fancy breakfast and we even made it to morning Mass (very, very late) to get our candles blessed. We got lots of use out of our heart shaped cookie cutter and festive plastic plates from the Target dollar spot on Valentine's Day. We heart shaped toast with strawberry jam and Nutella for breakfast. We had heart shaped cheese and ham with crackers for lunch. And we ate dinner by candlelight! I made some frosted sugar cookies for the preschool bake sale - royal icing make look prettier but strawberry cream cheese frosting is just so much tastier. We were also assigned to snack duty that day - it had to be something healthy (aka sugar free) but I knew that something festive would be appreciated, so I made heart shaped soft pretzels. 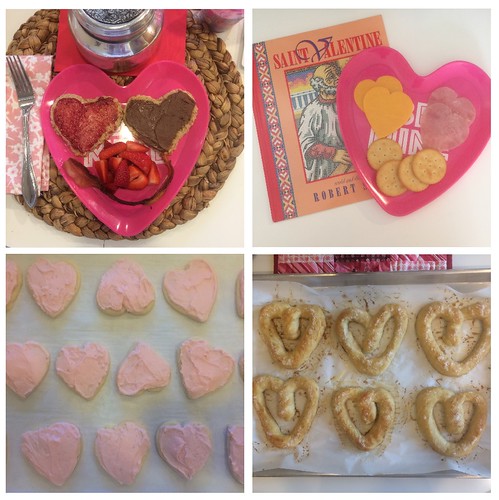 - We took the girls to the member's sneak peek of the new children museum. It's a really pretty space with lots of great new exhibits. And then we went again on President's Day and it was an absolute zoo. We got there fifteen minutes after it opened and all the free parking was already full. It used to be in a suburban shopping mall, but now it's right in downtown Bellevue amid a bunch of office buildings. We miss the old location - it was so much less crowded and we loved that you could walk to several lunch opens in the mall after playing in the museum. We'll probably still visit like once a year, but I think we'd almost rather drive to the museum in Everett than deal with all the crowds at this one. 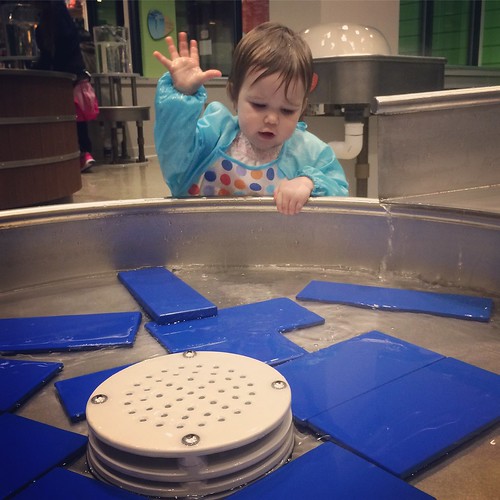 - Over MLK weekend, we drove into the mountains to go sledding at Hyak Sno Park. We had fun, but it was only ten degrees outside and our layers really weren't enough. The thermos of hot chocolate we brought with us definitely saved the day! As soon as we got home I ordered everyone snow gear from Land's End. We went again over President's Day weekend with the proper attire and much warmer temperatures. Everyone had a great time and we were very proud of our brave older girls. 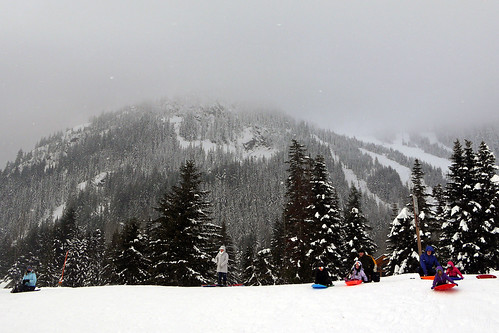 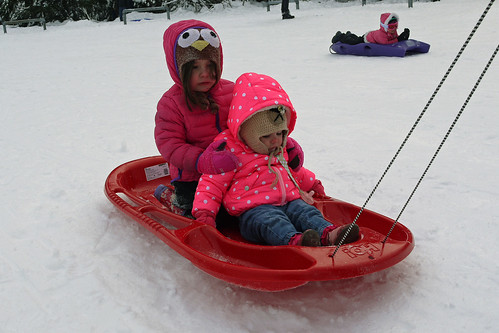 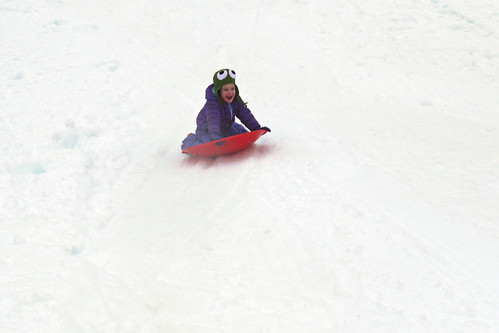 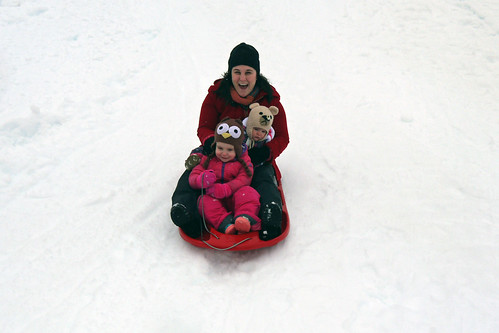 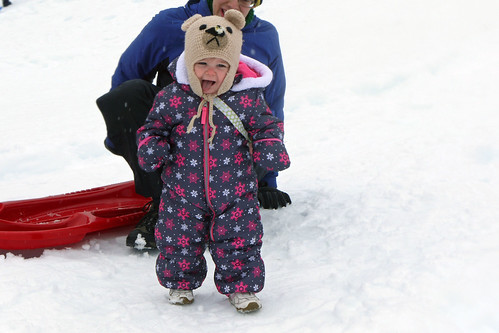 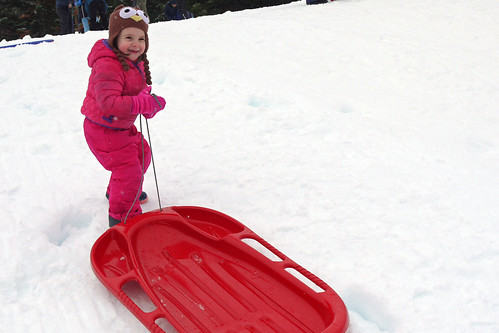 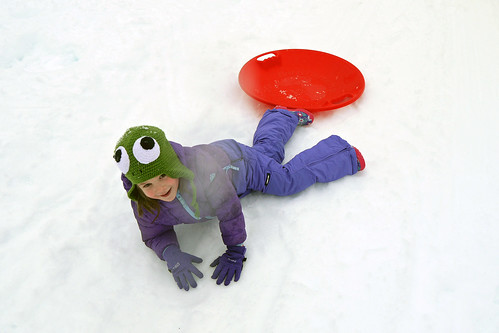 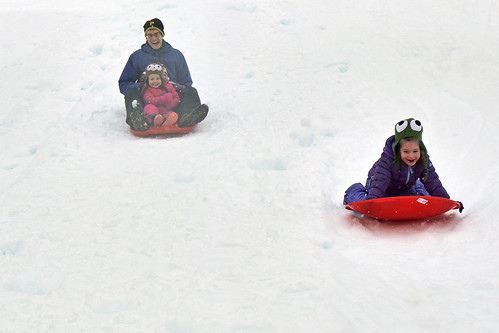 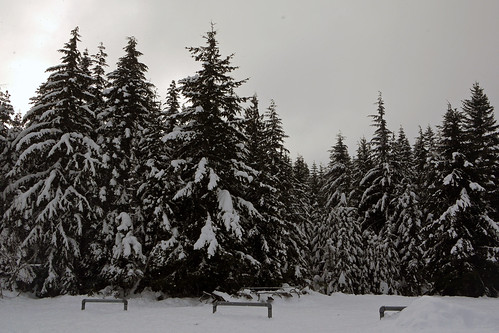 - On two Monday mornings in February, we woke up to snow! We hadn't seen snow in our backyard since November 2014, so twice in one month was quite a treat. Preschool was cancelled and Adam "worked" from home. We built snowmen, had snowball fights, and made "snow cream" - fresh snow mixed with a little sugar, milk, and vanilla. 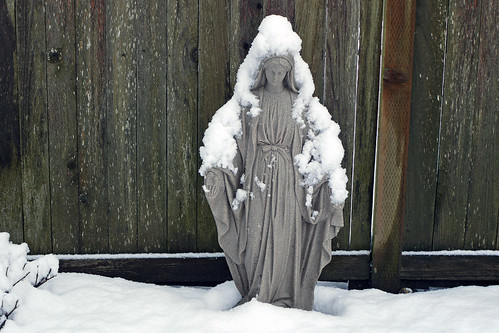 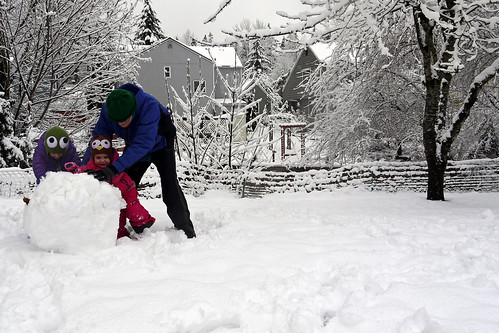 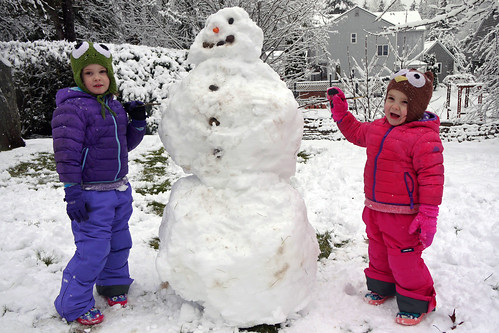 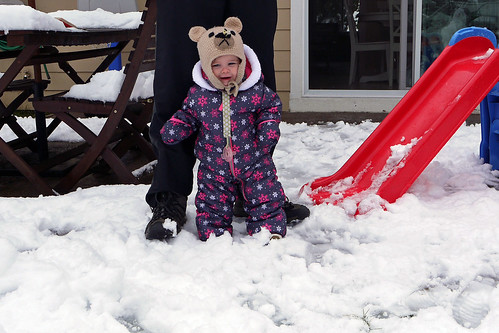 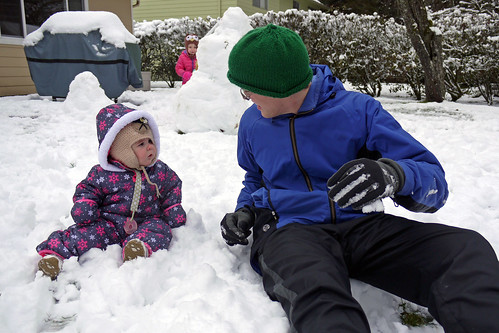 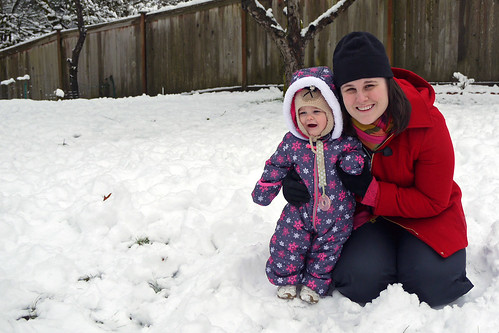 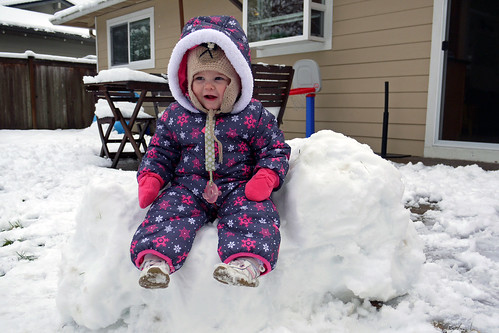 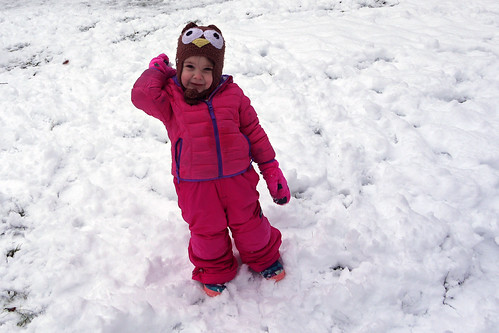 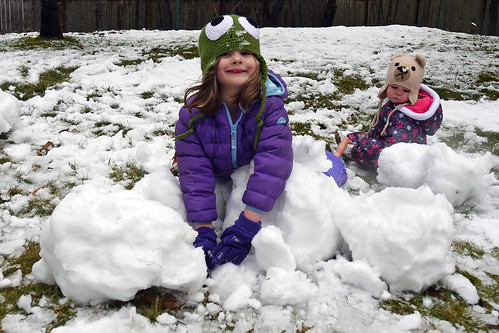 We've had a wonderful winter, but we're ready for the cherry blossoms and tulips of spring!
Posted by Caitlin at 2:58 PM