Our Anniversary + The Edel Gathering

Things have been kind of hard since Claire's hiking accident. One dad with a pretty badly sprained ankle + one quite pregnant mom + three very small children + emotional trauma = not exactly a recipe for success. But, today, let's focus on two bright spots over the last month. 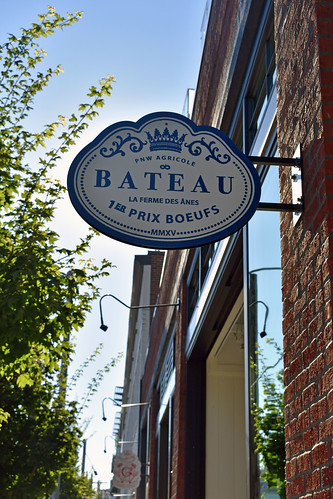 First, our seventh anniversary! Adam and I had the best time celebrating on a really great date night. Seattle has an impressive food scene and we spent a while researching new restaurants we wanted to try. We finally narrowed it down to Bateau, Renee Erickson's new steakhouse in Capitol Hill.

The beef is all grass-fed from local farms and butchered in house. They want to use the whole cow, so they sell some less-common cuts of steak and they have limited availability of everything. All the cuts are written on big chalkboards and the waiters cross things off as customers order them. 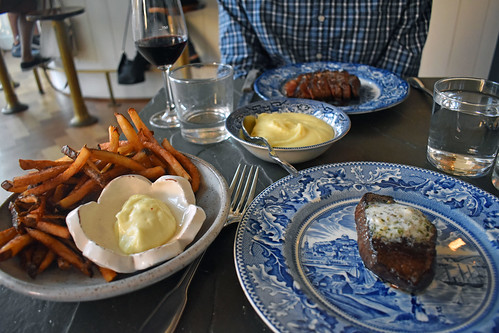 We started off with salads, then I ordered the ranch cut with mashed potatoes and Adam ordered the Denver with fries and garlic aioli. We had just enough room left to share a bread pudding for dessert. Everything was delicious and very reasonably priced.

We had such a fun time reminiscing about our honeymoon at an all-inclusive resort in Mexico (we would go back in a second!) and realized I've been expecting for more than half of our anniversaries thus far. 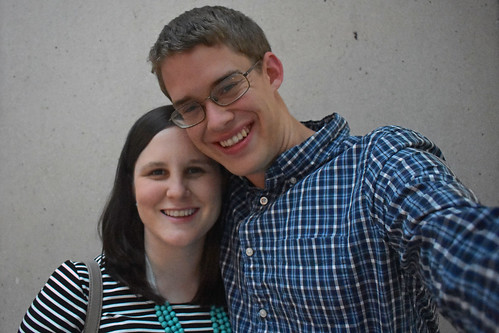 After dinner, we had planned to go up to the Columbia Tower Observatory (the tallest building in Seattle) to watch the sunset, but, alas, the Sea Fair parade meant there was no parking to be found downtown. So, we went to go see The Big Sick instead. It was such a different and delightful romantic comedy. We'd highly recommend it.

The next day we had our traditional anniversary family feast of fajitas and derby pie, the food we served at our wedding reception. I promise our children were more enthused than they appear in this photo! 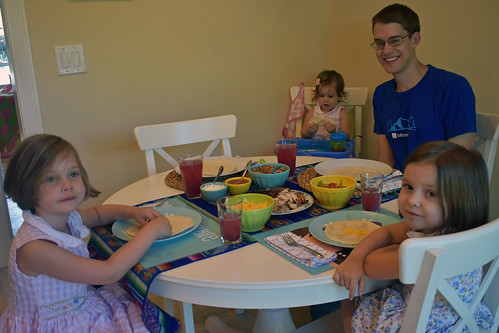 The following weekend, my dear friend, Libby, and I flew to Austin to attend the Edel Gathering. I am so thankful that Adam's ankle had healed enough by then for me to go, because I had been looking forward to this for many months. We arrived on Friday evening, just in time for the announcement of the crazy shoe contest winners at the opening cocktail party. We thought the Frito pie bar was such a fun and delicious idea.

We had planned to attend the Soul Core session on Saturday morning, but when we arrived the room was already full and we weren't quite gung-ho enough to join the crowd working out in the hallway. Libby actually did head to the gym, while I chose to read by the pool instead. We showered, walked over to the flagship Whole Foods for lunch, and then it was conference time!

We heard three beautiful talks, indulged in some shopping from all the fabulous vendors, went to the Vigil Mass at St. Mary's Cathedral, and made some new friends during the closing dinner and dance party. The face painting booth was such a great addition to the evening. One of my friends from high school, Katie, was there too and it was so great to catch up with her.

Our flight didn't leave until 7:30 on Sunday night, so we had almost the whole day to explore Austin. We read by the pool until checkout time, then walked around South Congress, where I purchased my first pair of Kendra Scott earrings and we had tacos at Guero's. We finished off the afternoon with pedicures and Amy's Ice Cream. It was such a relaxing and rejuvenating weekend away! 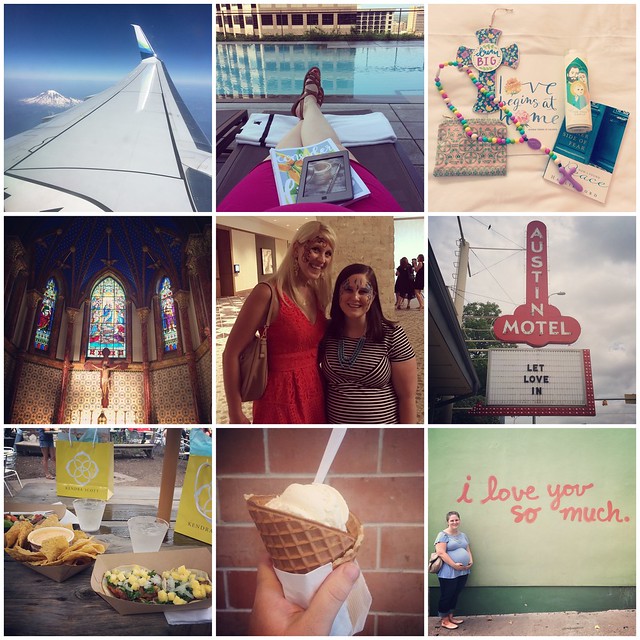 We took 2016 off because Betsy was a little baby the whole time, but Adam and I really like to give each other a couple days of kid-free time a year. I've been to the Edel Gathering twice and to Portland with my sister. Adam's been camping twice and visited friends in Pittsburgh, while also accompanying my brother on a scholarship interview. When family members offer to watch the girls so we can both sneak away, we are all over it. They are awesome and either my parents or my sister have kept them overnight several times. The last time was our fifth anniversary, but my parents are coming to give us 24-ish hours off next month. To say we are very, very excited would be definitely be an understatement.
Posted by Caitlin at 9:37 PM