We've spent a lot of our time lately preparing for George's arrival. Of course, our biggest task was moving all three big sisters into the same bedroom. It's going surprising well at bedtime, but everyone keeps waking up ridiculously early. I'm typing this at 5:50 am and already two of our children are awake, which is highly unusual for them. Hopefully they'll quickly learn to sleep a little more deeply. It's been fun to redecorate the two kids' rooms. I really want to post pictures soon! My dear friend, Bethany, kindly threw a baby shower to celebrate our little guy in early September - now his dresser is stocked with the softest blankets, cutest sleepers, and most darling tiny button-down shirts.

Adam and I have gotten to enjoy three date nights this fall. Last winter, we put the Christmas money from our parents towards a Broadway Across America subscription, so that we could see Hamilton when it comes to town in February 2018. For much less than the cost of tickets in New York City, we also get to see several other musicals. And the two that didn't really strike our fancy can be donated to the school auction. In September, we went to the first show of the season, which was almost as exciting as Hamilton for me, The Sound of Music. It was so thrilling to see my favorite movie brought to life on stage. 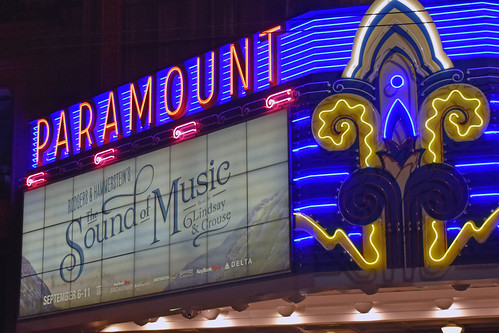 A couple weeks later, my parents drove in for the weekend just to watch our girls overnight. Adam and I spent a fantastic twenty-four hours in downtown Seattle. On Saturday, we did some fabric shopping for George's monthly photos/birthday quilt, had dinner at Le Pichet, our favorite French restaurant, and went to see Jim Gaffigan. (I gave Adam tickets for his birthday back in the spring.) On Sunday, we enjoyed a very peaceful Mass in which we didn't have to wrangle any small children and actually got to sit next to each other. We had brunch at a new-to-us French restaurant because apparently we like to pretend like we're in Paris and then walked around Pike Place Market before heading home. We had an amazing time and are so grateful to my parents for making it happen! 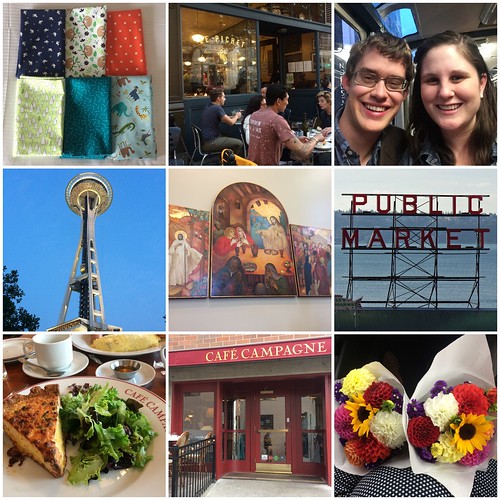 So, when they came to visit again for Maggie's birthday party last weekend, we jumped at the opportunity to take them out on the town! We bought two more tickets to Aladdin, the next show on the docket for our musical subscription, and had a great time spending the evening with them. Aladdin was such a fun, colorful show with some really neat special effects, especially the classic magic carpet scene. It was very different from The Sound of Music, which was not flashy at all, but just as enjoyable to watch. 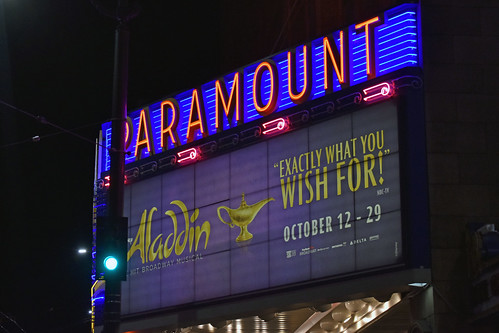 Even after five years, we're still on the hunt for the perfect pumpkin patch here in Seattle (Pittsburgh had some really great ones!). This fall, we tried out Bob's Corn Maze and Pumpkin Farm with our friends and fellow former Pittsburgh residents, the Clarks. It was a delightful morning, but I don't think we're ready to end our search just yet. 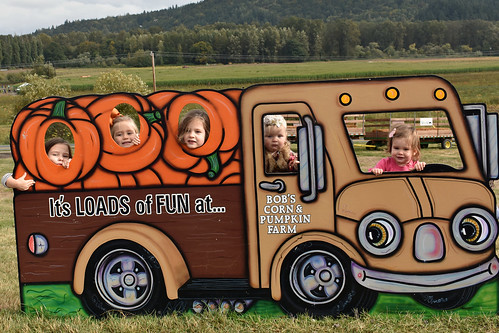 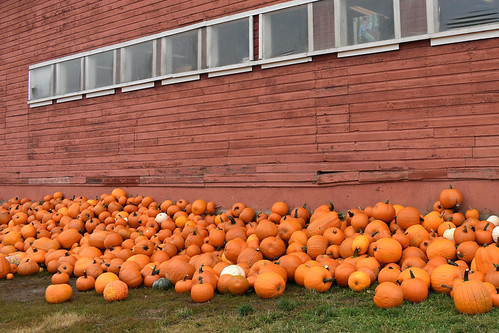 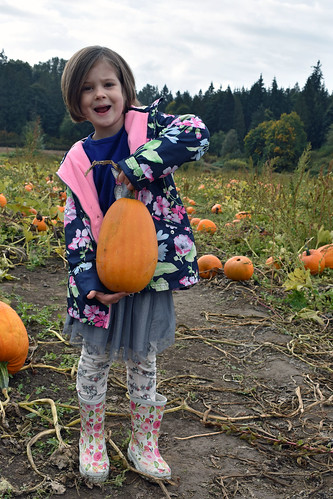 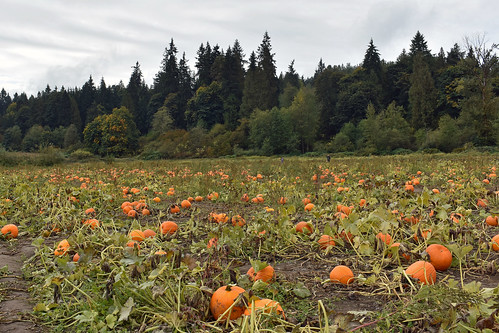 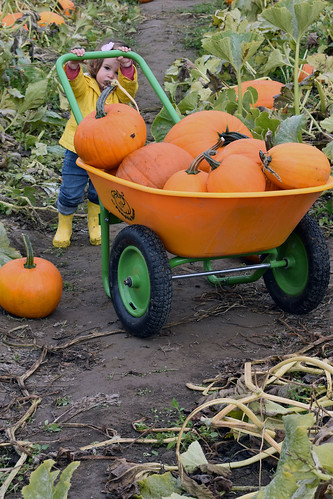 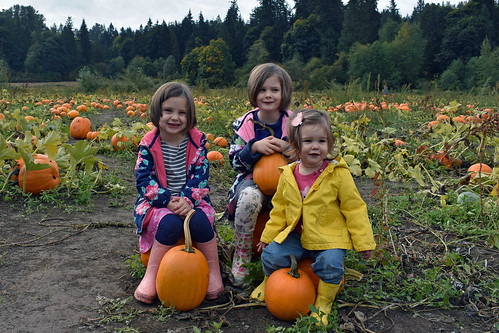 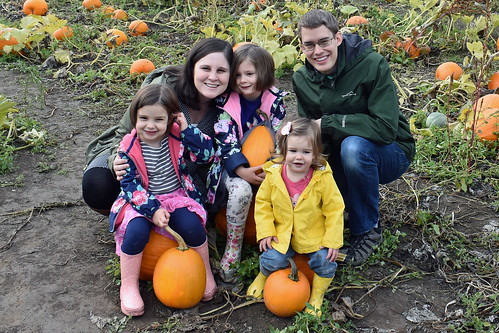 Because I somehow didn't get a solo picture of Maggie at the pumpkin patch, I'll include this one from her birthday invitation. She planned every detail of this photo meticulously. 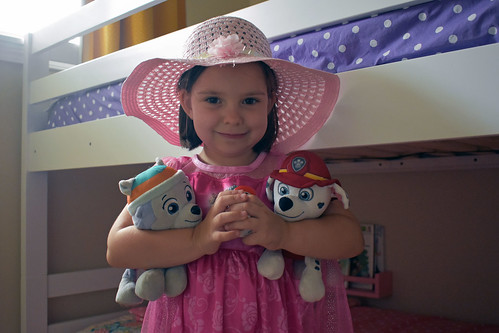 She's just so adorable and we are very excited to celebrate her fourth birthday tomorrow!
Posted by Caitlin at 6:29 PM