Just like I did with Claire, I am going to chat about Maggie's sleep habits over the last (almost) six months, mainly for my own benefit. 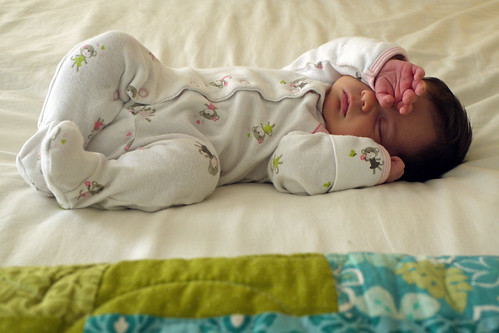 When Maggie first exited the womb, she was strongly against the idea of sleeping on our own, even while swaddled. This made the hospital stay super fun, since it's obviously dangerous for a baby to sleep with you in the hospital bed or on the tiny padded bench they so generously provide for dads to crash on.

But, once we were home, every time Maggie fell asleep we'd place her in the pack-n-play, she'd wake up a few minutes later, and then she'd come into bed with us. Since Adam was on paternity leave for her first month, I was able to lay down for a lot of naps with her, instead of having to completely rely on the baby carrier. 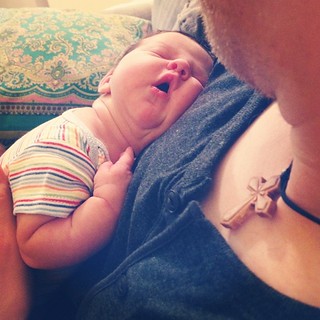 We kept trying and trying and one night when she was about six weeks old, we put her down in the pack-and-play and she actually stayed asleep! The nightly baths, white noise, and swaddling finally paid off. By this point, she'd given up her evening cluster feedings and was only waking up twice a night. We introduced a bottle then and alternated who would get up for the first feeding.


Naps were trickier. Since Adam had returned to work, I could no longer lay down with her all afternoon. And since I was getting pretty decent sleep at night, I didn't really want to do that anyway. She made it clear that the pack-n-play was out of the question. She didn't mind sitting in the swing or bouncy seat during meal times, but she never fell asleep in them. 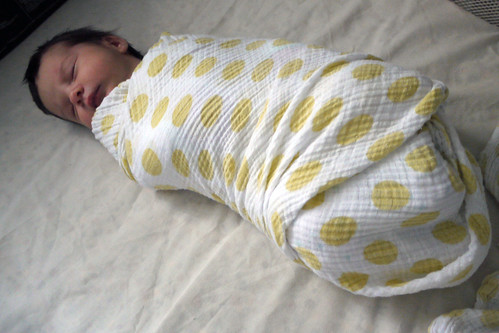 They only way I figured out how to get her to stay asleep for naps (besides while I was walking around wearing her or when she occasionally fell asleep in the car seat) was to lay her down on the couch propped against the nursing pillow. It was not ideal and I would not recommend it, but it was really the only thing that worked. We lived in a very small apartment, so I was always very close by and checked on her frequently.

Around three months old, she started having a hard time settling herself down to sleep.  She rarely fell asleep while nursing anymore. You'd just have to rock her and keep giving her the pacifier while she screamed her head off for about ten minutes before she finally relaxed into the swaddle. There wasn't as much screaming after her middle of the night feedings, but she certainly required a lot of rocking before her eyelids began to droop again. This was about the time that we started giving each other the "only two more months until we can teach her to self-soothe" pep talk all the time. 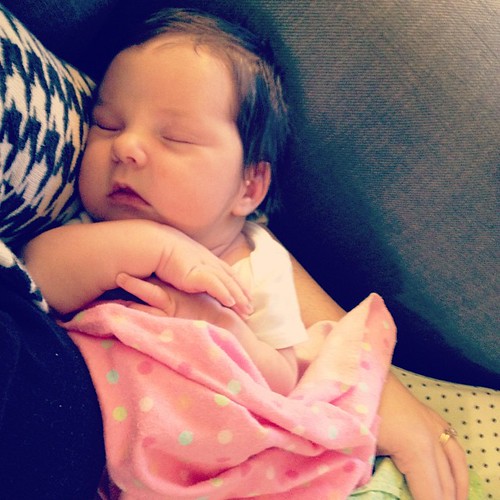 Things did get better during those two months though. It was still an ordeal to get her to fall asleep, but she did finally allow herself to be swaddled and placed in her pack-n-play for naps. She started getting up only once a night most of the time. After a midnight feeding session, I got frustrated with her wide-awake state and put her down while I went to the bathroom. And she didn't cry! She just babbled for a few minutes and fell back asleep. Once we knew she could do it, we started putting her down awake after each nighttime feeding and she's almost always put herself back to sleep with minimal fuss.

But when she reached the five months mark, we said "enough is enough!" with the whole rocking your screaming child until she finally accepts that she's tired thing. Just like we did with Claire at about the same age, we started the Ferber Method. Since she started rolling over around the same time, we decided to get it all over with at the same time and say goodbye to the swaddle too. 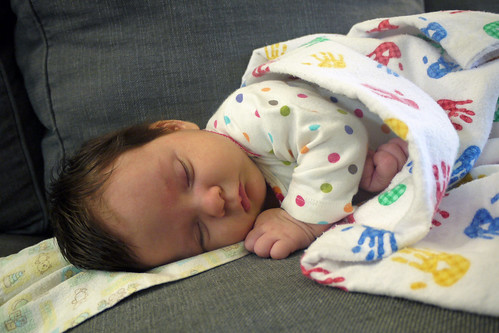 After our normal routine of bath, stories, nursing, and lullaby, we put her down in the pack-n-play. In three minutes, we came back to burp her, sing a quick song, and give her the pacifier. Then again in five minutes, seven minutes, nine minutes, and so on. She fell asleep in about half an hour. After the first three nights, she was used to the new routine and has fallen asleep in ten minutes or less ever since. Naps followed pretty much the same pattern.


We expected Claire to have a hard time with Maggie's sleep training process, since she really doesn't like it when Maggie cries when they're in the back seat together. But I suppose she was used to Maggie crying herself to sleep while we attempted to console her. She did ask why Maggie was crying at first, but seemed to accept our answer of, "Maggie's crying because she's tired and needs to go to sleep." 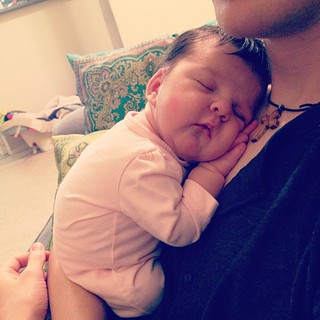 So now we've got the whole falling-asleep-easily thing down, but we're still working on the actually staying asleep part. Her morning nap (two hours after she wakes up) is her most solid sleep. We usually have to wake her up so we can get out of the house before lunch and so she'll be ready for another nap at the same time as Claire.

Three hours after her morning nap, she's ready to go down again. I really, really try to put Claire to bed first. She usually wakes up forty-five minutes into her afternoon nap. Sometimes I can nurse her back to sleep and put her down for another hour or so. Sometimes she'll be wide awake and will hopefully take a third nap in another two hours. 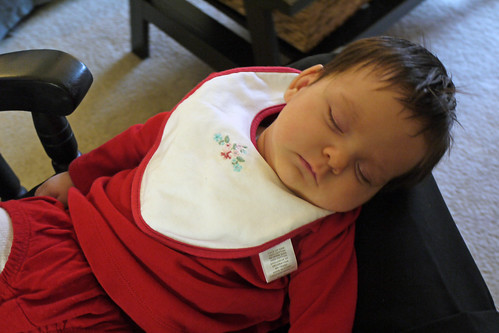 She still wakes up once during the night though. We've been trying to do a "dream feeding" before we go to bed and that seems to be holding her through the night about a third of the time. The rest of the time she wakes up at 5:00 am, eats quickly, and then falls back asleep quickly for another couple hours. 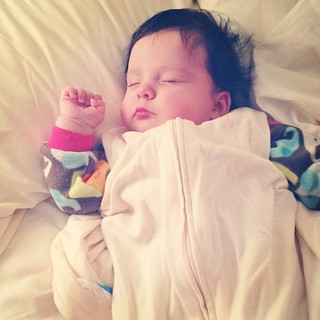 Claire started sleeping through the night on her own at about four months old, so this is a new phenomenon for us. Sleep training in the middle of the night is completely different! It's one thing to teach a baby to fall asleep when you know that she's full and doesn't need anything besides just to accept that she's tired. It's another thing when you know she's really hungry and it's 4:30 am and you could all go back to sleep in twenty minutes if you just fed her.

So, unless the night feedings become a lot more frequent or more difficult, we don't have plans to do anything about them. I'm hoping solid foods will make a difference. And I know she'll grow out of them soon enough, anyway. 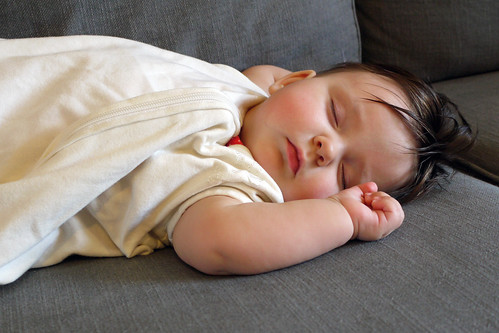 After one nighttime feeding a couple weeks ago, she was laying in bed perfectly happy, buzzing her lips super loudly, for what seemed like hours but was probably just fifteen minutes. It finally dawned on us that we could move her pack-n-play into the guest room. So that's what we did, in the middle of the night, and she's been perfectly happy sleeping next door ever since.

Next on the agenda is moving her into the nursery with Claire! I'm thinking we'll start with nights, since I don't think Maggie's wakings will disturb her big sister. I don't know if I'll ever be brave enough to put them together for naps. Any advice?!
Posted by Caitlin at 1:49 AM