Because I like to think everyone is as nosy as I am! 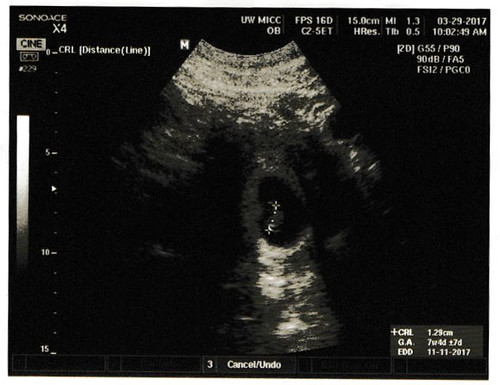 How far along are you? When are you due?

I'm twenty-one weeks along and due on November 5th.


How far apart in age will this little one be from your other girls?

How did you know you were ready to try again?

We weren't! Three children has definitely been a bit overwhelming for us. Betsy really keeps us on our toes - she's always been our scream-y-est baby and she's also the most active. She was walking at ten months, can now climb onto the kitchen table, etc. Plus, it's just hard to juggle your preschooler's activities and your baby's nap schedule, all while trying to make sure your middle child gets some attention in there. I was pretty attached to the idea of making it through Claire's first year of kindergarten before having a fourth, because I thought adjusting to a school schedule would be a big enough transition for us. So, we thought about aiming to have another baby right when school ended for the summer. Waiting until first grade started the next fall sounded pretty appealing too, because summer activities are just easier without a newborn around.

Isn't NFP super confusing after having a baby?

Well, you do have to take it pretty seriously, that's for sure. We use the Marquette Method, but this time around we didn't worry about the postpartum protocol and started using the monitor when I got my cycles back. A very important rule is that for your first three months using the monitor, you can't trust anything it says because it's just learning your cycle. You have to be extra, extra conservative. There was one time that we decided to put our faith in the monitor when we really shouldn't have yet. And one time can be all it takes to create a new person you have to take care of forever.

When did you find out?

It was our last snow day of the year at the end of February. I woke up feeling like I should take a pregnancy test - Adam was convinced otherwise. He stayed home in the morning because of all the snow, but it had cleared up enough to drive to work in the afternoon. After I got Betsy down for a nap I took the test and texted him a picture of the results. So, we're trying to talk on the phone about this life-changing news while Claire and Maggie keep loudly interrupting me because I'd promised to watch the live action Cinderella movie with them. A quite accurate snapshot of our life with all these little kids! Later the evening, we got Claire's acceptance letter to the parish school. Coincidence? 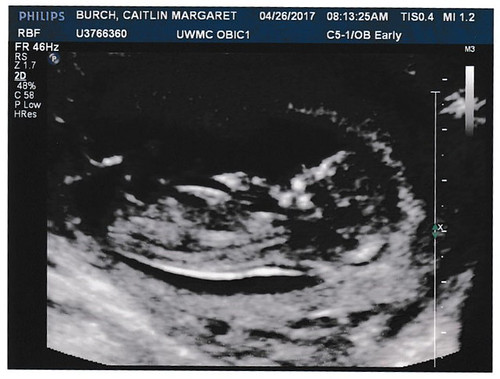 Did it take you guys a while to process to the news?

No, not really. Honestly, my first thought was about some trips we had tentatively discussed for next spring. My sister will be returning from her missionary work in Honduras in December. She and I had talked quite a bit about going on a girls' trip to New York. Adam and I also thought she might be amenable (at least more amenable than any other relative!) to watching the girls while we jetted off to Vegas for two nights. But those trips can still happen, they'll just be delayed by a year. And if you're your greatest worry is having to postpone a couple vacations, well, that seems to be pretty much the epitome of first world problems. Children are always a blessing and we always wanted to have a fourth. My second thought was how thankful I am to have had a VBAC with Betsy, because a not-exactly-planned pregnancy after three c-sections would certainly have me worrying about health risks, even if things would most likely turn out fine. We pretty quickly transitioned to thinking, "well, maybe we can have a little more of a break after this baby." Our new goal is to both be thirty before welcoming another child (I will be 28.5 and Adam will be 27.5 when this baby arrives).


Will you have another VBAC?

I hope so! Because I had two c-sections before my successful VBAC with Betsy, I can't receive any Pitocin. So, if I needed to be induced for some reason or if my labor stalled (both situations in which a normal pregnant lady would likely receive Pitocin to help things along) I might be out of luck. But because I went into labor on my own with Betsy and had a pretty quick six-hour delivery, I am very hopeful everything will work out just fine. I will be delivering at the same university hospital again, but unfortunately my OB with Betsy moved away, so I have my fourth new doctor for my fourth pregnancy. At least this is my first time going back to the same hospital. I had a great experience there last time though and my new doctor seems really great too.

Will you do anything differently with this pregnancy or delivery?

Last time, I wanted to do everything in my power to ensure a successful VBAC, so I did a lot of somewhat crazy things so I could feel like I had tried it all. I was particularly worried about going into labor on my own, because that's what held me back from having a VBAC with Maggie. I went to acupuncture, the chiropractor, and prenatal yoga. I walked two miles a day. I took all the weird supplements. All of this added a fair bit of stress to my last months of pregnancy and didn't seem to help at all. What really helped was just having more time - with Maggie my OB scheduled a c-section on my due date and wouldn't talk about any induction methods, because he thought she might have some health complications. With Betsy, my OB never scheduled a c-section. She was fine with me going past my due date and was planning to try a more natural induction first if necessary. Prenatal yoga was actually very fun and of course walking is a great thing to do all the time, but no unnecessary chiropractor and acupuncture appointments! I do want to look into the Spinning Babies exercises more though, because Betsy was posterior and the chiropractor didn't really seem to help me personally with that. In regards to the actual birth, even though I didn't end up getting an epidural placed until I was ten centimeters with Betsy, I don't have any specific goals to go naturally this time. I only had it for the last forty-five minutes, but the moment the epidural started working may have been the greatest moment of my life.


How was the first trimester?

It was my roughest so far. Maybe because I'm having a different gender (see below!) or maybe because I'm more rundown. I was nursing Betsy the whole time (we quit soon after returning from Texas, when I was sixteen weeks pregnant and she was fifteen months old). I wonder if weaning her sooner would have helped. Somehow that didn't occur to me at all until after the fact. Thankfully, I am feeling much, much better now. The last few months already feel far behind me. 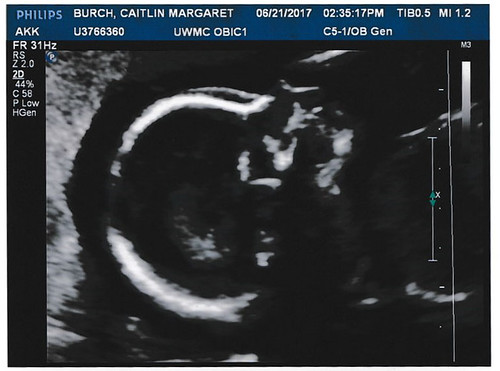 Are you planning to find out the gender this time?

Yes, we actually found out last week. It's a boy! We were quite surprised - we didn't really have a feeling either way, but of course it was much easier to picture another baby girl joining our family. We are very excited and a little nervous to be shaking things up. I've had so many thoughts running through my head: redecorating the nursery, getting to shop for boys clothes, circumcision, the more active/more physical toddler boy stereotype, hope that we can give him a brother one day, worry about raising a teenage boy (porn, the fact that it seems to be harder to raise a strong Catholic young man - based on the ratio of girls to boys at youth group and young adult events).

Are you worried about fitting everyone into your small house?

No, not at all. We live in a twelve hundred square foot, three bedroom rental home. We love our house, it's location, and our landlords. They plan to keep this place as a long-term rental property and we plan to stay here until we've really outgrown it or until we can afford to buy a home of our own in the same location. We live in a very expensive area that is increasing in price all the time, so even though we're on track with our savings goals, the goal post just keeps moving farther away. But we really don't feel like things will be too crowded with four kids. We have six rooms in our house, so everyone could still spread out into their own space. We think six kids would be pretty much the max for this house, mostly because the dining area is not very large. For now, the plan is to put all three girls together in one bedroom (bunk beds for Claire and Maggie and a crib/toddler bed for Betsy) with the baby in the nursery. That set up could last us until Betsy is five - Claire didn't move into a twin until right before her fifth birthday.


Are you worried about transitioning to four kids?

Well, we're certainly not expecting life to slow down anytime soon. We've heard often that once you've made it to three kids, adding another one gets relatively easier, so we're clinging to that hope. Since my sister is planning to move to Seattle once her missionary work wraps up in December, this will be our first time having family in town and I'm thinking that will be a game changer. Adam will also be on paternity leave until after Christmas - we feel extremely fortunate to have that time together.

So how many kids are you planning to have anyway?

This is the question we've really been asked most often! Adam was recounting one of his coworkers asking him that this week at dinner and Claire said, "Uh, we don't know yet!" The perfect response.
Posted by Caitlin at 1:09 AM