I met Abigail during Adam's senior year at Pitt. I had just graduated and was working as a nanny and tutor. Abigail and her husband, Tim, were serving as FOCUS missionaries. We bonded over expecting over first babies within a few days of each other, along with our other dear friends, Kelly and Rosemary.

Adam graduated over three years ago now, but we've been lucky to see each other several times since. We went back to Pittsburgh to visit once, Abigail visited Seattle right after Maggie was born, and we've randomly met up in Texas and Florida.

After their two years of service at Pitt, Tim and Abigail served another two years at Vanderbilt. They liked Nashville so much they decided to stay, so they recently bought a house and Tim started working at a tech start-up.

When Alaska Airlines announced a direct flight to Nashville starting this fall with super cheap introductory prices, I decided to fly out and visit right before Maggie turned two and could no longer fly free. This was the first trip I've ever taken the girls on by myself and the longest I've been apart from Adam since we've been married.

And it went really, really well actually! We flew out on Tuesday and back on Friday. The girls did great on both of the four hour flights. We got an extra seat for Maggie each time, which helped tremendously. They played for a while with the goodies loaded in their backpacks, we ate the meal I'd packed (lunch on the way there and dinner on the way back), we took a trip to the bathroom (goodness, the three of us just barely squeezed in there!) and then they watched a movie on our tablet while I got to read a book.

It really helped that Tim and Abigail's two kids, Amelia and Peter, have the same car seats as we do. The car seat installation task has always fallen to Adam, so I honestly don't really know how. I mean, I could figure it out, but it was really nice not to! Tim installed our car seats in his car, which he generously let us borrow during the visit, and then carried the car seats into the airport on our way home.

On Wednesday, we met up with a blog friend, Lindsey Jo, at the Nashville Zoo. It was so much fun to spend time with her and her three little guys! 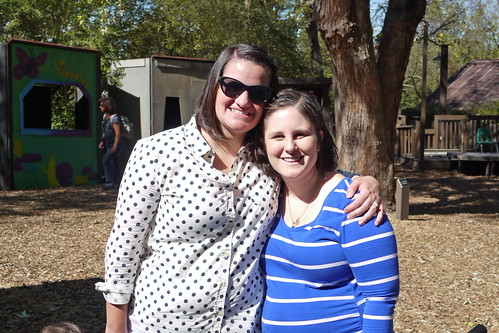 That evening, we had dinner at Edley's Barbecue followed by popsicles at Las Paletas. 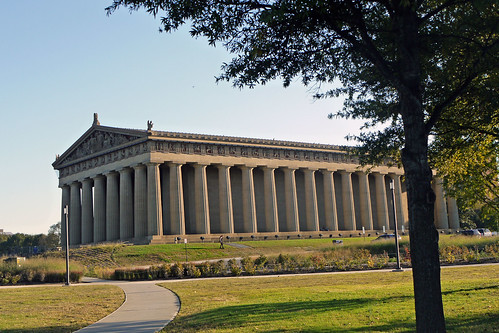 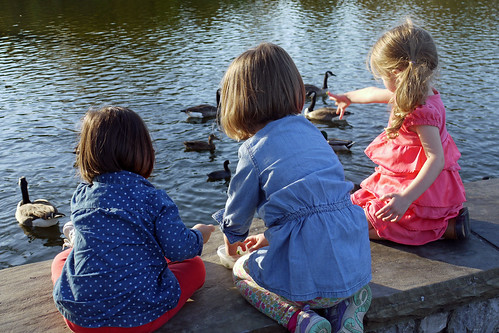 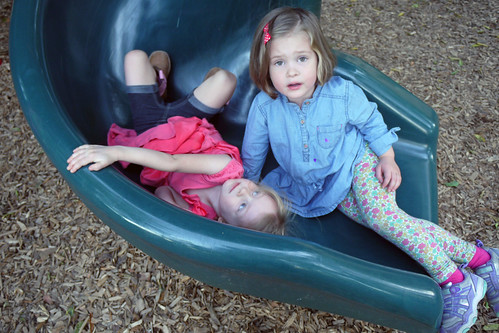 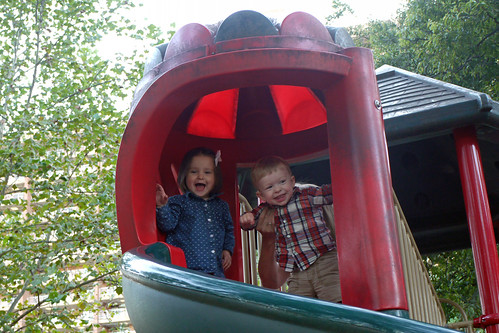 On Thursday, we had lunch at Chick-fil-A (Claire and Maggie were fascinated by the play place, since the new locations in Seattle don't have them!) and explored Centennial Park, home to the famed Pantheon replica. 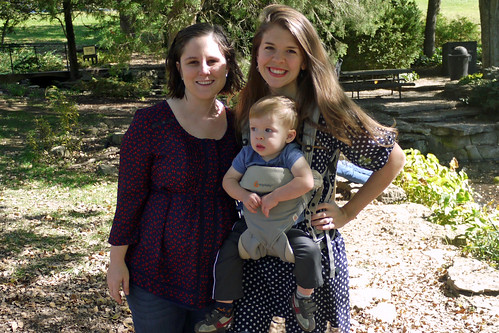 And on Friday, Claire got to accompany Amelia to her Catechesis of the Good Shepherd class, followed by a walk through the Cheekwood Gardens before we headed to the airport. 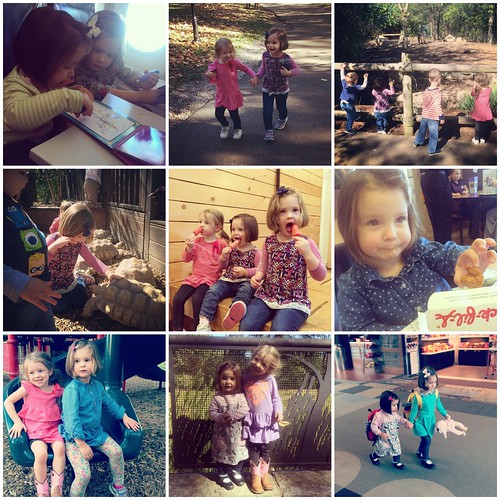 Of course, I excessively Instagramed the whole trip. You know me. I don't plan to travel solo with small children again any time soon (I definitely couldn't fit another child into an airplane bathroom!) but I'm really glad we made this trip.
Posted by Caitlin at 7:08 PM